It's Time to End the Apple and Ge Offshore Tax Loopholes 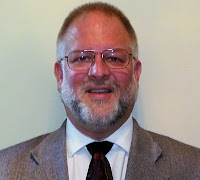 While attention focuses on congressional action on the Bush tax cuts, another tax bill is quietly tiptoeing through the Senate. The Senate Finance Committee has reported out the corporate tax extenders bill, a collection of dozens of tax breaks, many targeting industries whose lobbyists have filled campaign larders with cash. These tax breaks all expired at the end of last year, and are on track to be renewed for another year with little debate or scrutiny.

In today's climate of tight budgets and growing public outrage over tax laws that create incentives to move jobs and investments offshore, it is time to permanently close two of the gaping loopholes in the extenders bill which reward that very behavior.

The General Electric offshore tax loophole – known on Capitol Hill as the "Active Financing Exception" – was repealed as part of the 1986 reform efforts to make the tax code fairer. But it came back in 1997 after a fierce lobbying effort led by General Electric as a one-year temporary measure. It has been dutifully renewed six times since.

The U.S. tax code requires companies to count "passive income" from things like financing customer purchases as U.S. income regardless of where in the world these transactions take place. This is because these financial transactions are easy to manipulate and make it look like domestic income is being earned offshore.

The GE offshore tax loophole is, as the official name says, an exception to the rule. It blesses the very sort of manipulations that the tax code seeks to avoid. It is one of the principle reasons General Electric reported an effective tax rate of just 1.8 percent over the last decade, according to Citizens for Tax Justice. When one of our nation's most powerful corporations pays an effective tax rate of less than 2 percent, you know our Treasury has a giant hole in it.

The "Active Financing Exception" is also widely used by banks and is one of the reasons the banking industry has one of the lowest effective tax rates among all industry groups. There is no excuse for extending a loophole that allows banks to pay lower effective tax rates than small businesses and working Americans who bailed out the banking industry.

The Apple offshore tax loophole also creates an exception to the normal tax rules. Known formally inside the Beltway as the "CFC Look-Through Rule", this loophole allows companies like Apple to indefinitely defer payment of taxes on things like patents, royalties and licenses, if earnings from these transactions are passed between offshore entities of the corporation.

When a consumer purchases a song recorded by an American artist in a Los Angeles studio from iTunes, that transaction most likely is booked in Ireland, before the funds make their way to another tax haven country like Luxembourg after a brief stop in The Netherlands. This loophole allows Apple to have amassed more than $23 billion in offshore accounts, all of which is untaxed in the U.S.

Technology and pharmaceutical companies commonly use this loophole to strip earnings from their domestic operations and through accounting acrobatics shift them to offshore subsidiaries where the "foreign profits" are free from U.S. taxation.

These two loopholes alone cost the U.S. Treasury more than $5 billion a year. To put that amount in perspective, it's more than the budget of the Small Business Administration.

It's never right to give tax giveaways to prosperous corporations that reward them for using clever accounting gimmicks to ship jobs and investments offshore. It's even more irresponsible at a time when millions of Americans need jobs and we are cutting government budgets for education, public safety, transportation infrastructure, research and other services and investments we need for a strong economy.

It's time to end the exceptions, close the loopholes and have big corporations pay their fair share.