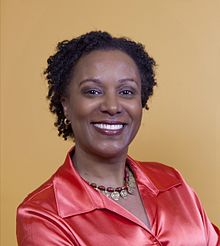 Much was made of what Mitt Romney said and didn't say during his recent speech to the NAACP's annual convention in Houston.  His boo-evoking swipe at "Obamacare" got most of the coverage, while his failure to address voter ID laws was also widely noted.

But another omission got little play, even though it is a topic of great importance to that audience in particular and the nation as a whole: Affirmative Action.  Romney's avoidance of the topic in his NAACP speech is not surprising because he has rarely mentioned it during his public life. On the few occasions he has spoken about it, he's done so in vague language.

For example, in 2008, he said, "I do support encouraging inclusiveness and diversity, and I encourage the disclosure of the numbers of women and minorities in top positions of companies and government – not to impose a quota but to shine light on the situation."  Not exactly a profile in courage comment, but his tepid expression of support does leave some room for hope.

In an earlier, saner time, support for affirmative action would have been a no-brainer for Romney for two reasons. First, he is a businessman, an established and respected member of a group that tends to support affirmative action.  Having learned first-hand that making diversity an integral part of our educational system and workforce strengthens our society while improving their bottom line, many business leaders have joined with the civil rights community to fight off efforts to dismantle affirmative action.

Second, Romney's own life experiences should help him appreciate a fundamental goal of affirmative action: to expand opportunities to talented, deserving people who might otherwise not have the chance to succeed and thrive.  Although he never lacked for opportunity, Romney took full advantage of the oldest form of affirmative action we have in this country – the kind enjoyed without shame or apology by wealthy, well-connected White men.   In fact, he was able to launch the very enterprise that he now claims makes him qualified to sit in the Oval Office – Bain Capital – because someone took a chance on him.

"We put Mitt in charge," Patrick Graham, Romney's mentor at Bain & Co., recently told the Washington Post.  "He's an outstanding guy. He's a leader. He didn't have any financial expertise, by the way. But we just wanted to give him a bigger challenge."

Unfortunately, Romney doesn't seem to have reached back to extend such opportunities to minorities and women in his business and government career.  For example, he was accused of running a "White boys club" after it was revealed during his 1994 Senate campaign that Bain Capital had no Black or Latino employees.  And, just six months after becoming governor of Massachusetts in 2003, Romney quietly gutted the state's longstanding affirmative action program in what the former deputy director of the state affirmative action office called "a cloaked and unilateral move that eradicated years and years of civil rights advances and history."

Romney needs to reconcile this record with his stated support for diversity and inclusion.  And, given his record, he should explain just how affirmative action would fare in a Romney administration.  Does he understand that, although we've made progress, the American playing field is still not level and that government and the private sector must continue to take affirmative steps to foster the diversity and inclusiveness he claims to seek?  Would he actively support and enforce opportunities for minorities and women like his fellow business leaders have called on previous administrations to do?

Or, would he appoint judges like Chief Justice John G. Roberts, Jr., who professes support for racial diversity but bizarrely insists that it's unconstitutional to consider race when trying to achieve it?  Would a Romney presidency give us more Supreme Court justices like the Clarence Thomas, who owes virtually every professional success in his life to affirmative action but is now hell-bent on wiping it out for everyone else?

These are important questions that must be answered; Romney is now the standard bearer of a party overrun by ideologues who – loudly and in increasingly nasty and divisive language – slam diversity and inclusiveness as insidious attempts to catapult unqualified minorities and women past deserving but victimized White men.  Romney's continued silence in the midst of such wrongheaded and cynical accusations could lead some to believe that he agrees with them – especially given how little he has actually done to diversify his own space when he had the chance.

Mitt Romney says he supports diversity and inclusiveness.  It's time for him to tell us just how he would bring them to pass in today's America.