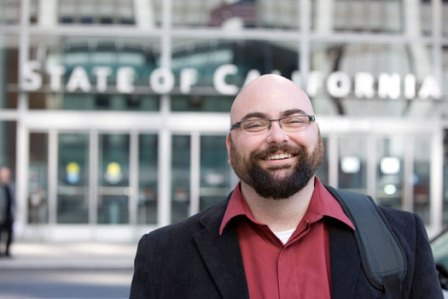 When the Supreme Court upheld the constitutionality of the Affordable Care Act, I – like many Americans - breathed a huge sigh of relief. Finally, all of us should be able to get the basic health care and coverage we need. This is especially important for groups that have not had equal access to healthcare, including those who are transgender, low-income, and people of color.

Getting adequate health care is a struggle for too many of us, and transgender people face a host of additional challenges - from lack of access to basic coverage to lack of understanding among healthcare providers or even outright hostility and cruelty. Many people are unaware that most insurance plans have discriminatory exclusions that single out transgender people for denial of care. People call our helpline every week to tell us that they have been denied basic health coverage simply because they are transgender. Unfortunately our clients are not alone: the National Transgender Discrimination Survey conducted by the National Center for Transgender Equality and the National Gay and Lesbian Task Force found that one in five transgender people have been denied care due to bias.

We have heard from transgender small business owners who cannot get any insurers to cover them, men who have been denied bone density scans, women who have been denied routine blood tests, and others who have been denied coverage for basic doctor visits. We are incredibly grateful that Health and Human Services Secretary, Kathleen Sebelius, and the entire team in Washington who worked on Health Care Reform, were wise enough and compassionate enough to include language in the law that would prohibit health insurers from discriminating against people for being transgender or for having pre-existing conditions such as HIV, for which our community faces an increased risk.

While the ACA will expand coverage to millions of Americans, some of whom are already enjoying health care coverage under their parents' plans, there is much work to be done to ensure that the implementation of the law at the state level is developed thoughtfully. The ACA includes provisions that would cast a wider net of coverage by expanding Medicaid (for those earning less than $15,000) and creating State Insurance Exchanges for those earning between $15,000 and $43,000 per year.

Exchanges are subsidized marketplaces for insurance. While they are being implemented at the state level, we need to work together to ensure that there will be equal access to insurance coverage for transgender people, that the Exchange programs include outreach to transgender consumers, and that there is a method for data collection that includes sexual orientation and gender identity so that we can reduce health disparities.

Because each state will be determining what Essential Health benefits will be covered by its Exchange, and because many of the plans that will be in these exchanges currently have transgender exclusions, we must work to educate policy makers as to how these exclusions contradict the anti-discrimination language in the ACA.

Transgender people can't win full equality by ourselves. As we move forward in our quest for quality, affordable health care, we do so in solidarity with every person who deserves to be treated with fairness, dignity, and respect. No person should be denied health care because of their income level, the color of their skin, their physical ability, their pre-existing medical conditions, or their gender identity.

Masen Davis is executive director of the Transgender Law Center.