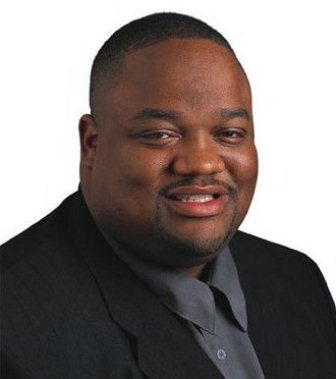 When Nike began releasing its overpriced, slave-shop-constructed Air Jordan shoes in the 'hood specifically to attract inner-city tastemakers, where did you think the gym-shoe wars were headed?

When Reebok, in an effort to undo Air Jordan's stranglehold on hip-hop sneakerheads, showered a multimillion-dollar contract on the Tupac Shakur of basketball, Allen Iverson, where did you think the gym-shoe wars were headed?

That's right. Nike and Reebok placed the shackles on Adidas' now-canceled line of gym shoes. Nike and Reebok laid the groundwork for Adidas to take the gym-shoe wars to their rightful home — inside America's prisons.

The outraged, well-intentioned critics of Adidas' initial decision to launch the "JS Roundhouse Mids" are upset about the wrong thing. They think the shackled shoes are connected to America's despicable history of African-American slavery. They're wrong. The shoes are an attempt to capitalize off America's despicable drug war and subsequent mass incarceration of minority men of color.

Nothing could be more obvious.

Adidas wants to ride the wave of prison/hip-hop culture. The inner-city tastemakers who made Air Jordans a juggernaut brand in the 1980s and 1990s now mostly languish in prisons and graveyards. The key to controlling the gym-shoe market has always been controlling the inner city. Urban youth have been robbing and shooting each other over Air Jordans for nearly 30 years now. More than a decade after his retirement, the release of Michael Jordan's latest shoe still sets off rioting and chaos among poor black youths.

It's not by accident. Nike planted these seeds decades ago.

Adidas, showing its desperation and naivete, simply came up with an unsophisticated, straightforward, politically incorrect strategy to cut into Air Jordan's dominance of the market.

It's "nothing more than the designer Jeremy Scott's outrageous and unique take on fashion and has nothing to do with slavery. . . . Any suggestion that this is linked to slavery is untruthful," an Adidas spokesman said in a statement.

It's true. It's not about slavery.

It was about creating a shoe that would be appealing to men who have been touched by incarceration. They are the trendsetters as established by popular, commercial hip-hop culture. Their sagging pants, tatted arms, slang and acceptance of baby-mama and baby-daddy relationships drive youth culture.

If Adidas could get Young Jeezy, Lil Wayne or T.I. — or some up-and-coming gangsta icon — to wear the JS Roundhouse Mids, the shoe company would have a shot at cutting into Jordan's market share.

This is not another attack on hip-hop music, although longtime readers know I'm unafraid to go there. This is an attack on America's drug war and mass incarceration of poor minority men who are casualties of a war President Reagan started in 1982 for political gain and President Clinton escalated in the 1990s for even more political gain.

This week, as I've been preparing for a debate in London on June 26 about the future of hip-hop culture, I've been reading Michelle Alexander's amazing book — "The New Jim Crow: Mass Incarceration in the Age of Colorblindness" — about the ramifications of America being the world's leader in incarceration.

Alexander pointed out that there are "more African-American adults under correctional control today, in prison or jail, on probation or parole, than were enslaved in 1850, a decade before the Civil War began."

How do you communicate with and influence a group this large? You talk their language, the language of imprisonment. You invent shoes with shackles.

I'm not joking. This is America, where capitalism is king. Capitalism left unchecked for fairness will cannibalize the weak and vulnerable. Over the past 30 years, in reaction to the federal government financially incentivizing law enforcement to severely punish nonviolent drug offenders in politically impotent voting districts, we have created a prison-institutionalized underclass that is stripped of rights and exploited.

We sell them cheap fast food, liquor and drugs, and overpriced, vanity luxury items such as Air Jordans and JS Roundhouse Mids. We then elect a few of them to be rappers to serve as minstrel-show clowns, promoters of a prison lifestyle that will lead to death and product pitchmen to suburban kids who are entertained by the misery and dysfunction.

It's a damn good living for Jay Z and Kanye. For the permanent underclass? The lucky ones get a nice pair of kicks out of the deal.

Meanwhile, the architects of the bogus and immoral "drug war," America's lawmakers, get to stir up reelection momentum by bragging about how tough they are on crime without ever mentioning that America's 30-year, skyrocketing incarceration rate is the very foundation to the corruptness that powered our 2007 economic collapse.

It's no secret how we got here. Michael Jordan and Ronald Reagan started this $h*t.