Same Sex Marriage Is a Big Issue with Little Relevance 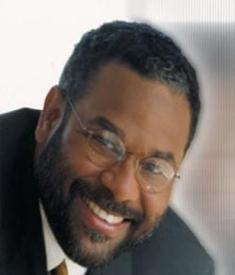 According to President Obama, Vice President Joe Biden got "a little bit over his skis" when Biden said he is "absolutely comfortable' with gay marriage. That's fine.  Biden is one of the few remaining politicians in this age of political correctness who says what he means and usually means what he says.

The day after Biden made his statement, Secretary of Education Arne Duncan said that he believes that same sex marriage should be legal.  As a result, President Obama accelerated his decision became to become the first American president to support same sex marriage by stating, "I think same-sex couples should be able to get married."

After all of the dust settles, most people should see that in the broader context of national priorities, same sex marriage is a big issue with little relevance.  It's a wedge issue, a distraction.  President Obama's support will prove to be more symbolic than substantive.

Too many people have blurred the lines between civil issues and religion.  Rev. David Pinckney, pastor of the evangelical River of Grace Church in Concord, N.H., is only half correct in stating, "It's not a civil rights issue; it's a religious issue…"  It's both. Each state sets the requirements for marriage and issues licenses to those residents who meet the criteria.  If a couple then wants to have their union sanctioned by their respective religious institution and they meet its requirements, they can be married in that particular place of worship.

As the president of a constitutional democracy that does not define marriage as a union between a male and female, President Obama is correct in stating, "I think same-sex couples should be able to get married."  The 14th Amendment to the Constitution requires each state to provide equal protection under the law to all people within its jurisdiction and to ensure that the citizens of each state are entitled to all privileges and immunities of citizens in the several states.  This is a simple matter of civil law and civil rights.

President Obama's support of gay marriage is more symbolic than substantive because the federal government does not issue marriage licenses and does not set the standards by which couples are wed.  If this issue reaches the Supreme Court, the Obama administration could be asked to weigh in and would make a decision at that time

If a particular religious body finds gay marriage to be in conflict with its teachings, it should not be compelled to sanction such a union and the law up to this point is clear on this issue.  In the larger context of the national political landscape, gay marriage is being used as a wedge issue to distract public attention away from the issues that can be resolved at the national level.

This is perfect example of religion vs. politics and why Thomas Jefferson clearly understood the need for distance in the relationship between organized religion and the nation state.  He believed that religion was a very personal matter, one which the government had no business getting involved in and called for a "wall of separation between church and state".

To those who want to equate gay marriage with the prohibition against interracial marriage, be careful.  Anti-miscegenation laws, laws that enforced racial segregation at the level of marriage were designed to maintain an intentionally oppressive social order based upon artificial racial constructs in order to maintain a social and economic benefit for Whites in America.  Opposition to gay marriage is primarily based in the religious context.  It is also difficult to discuss gay marriage in the civil rights context when many in the gay and lesbian community face racism from within the community itself.

To those knee-jerk, reactionary and intolerant so-called social conservatives and evangelical Christians, it's important to remember that to be a Christian is to be Christ-like.  Last I checked, the Christ of faith was forgiving, understanding, and tolerant of others.  He spoke of doing unto others as you would have them do unto you. He took in a prostitute and lashed out at religious hypocrites.  He asked, "Am I not my brothers teacher?"  The Christ of history was a true revolutionary who challenged the status quo in support of the oppressed and downtrodden.

In this current economic depression we should focus on sustainable gainful employment, affordable health care for every American, eliminating poverty, and providing quality education, not divisive wedge issues and distractions.  These are the issues that the Christ of history championed in his day.  What are you focused on in yours? Gay marriage? It's a big issue with little relevance.

Wilmer Leon is the producer/ host of the nationally broadcast call-in talk radio program "Inside the Issues with Wilmer Leon," and a Teaching Associate in the Department of Political Science at Howard University.