Misuse of the Bible in the Gay Rights Debate 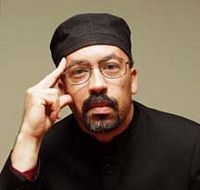 In the aftermath of President Obama's statement in support of gay marriage there was a lengthy article in the Washington Post regarding the potential impact that this might have on his base. The article included interviews with two African Americans, both of whom had been Obama supporters in 2008.  As a result of this announcement, one of them said that he is going to vote for Romney in order to be true to God.

I found myself very perplexed by this statement.  I want to make sure that I get it right.  This individual has decided that it is OK with God for him to vote for someone who wants to make the poor poorer, quite possibly take us into a war of aggression with Iran, and is, himself, a member of a religious sect that until not very long ago thought that Black folks had no place in their religion.  Am I missing anything?

This character is illustrative of a much larger problem that needs to be addressed forthrightly.  There is a very selective use of The Bible when it comes to addressing matters relative to women and gays/lesbians.  One such example that has been making the rounds on the Web has to do with Deuteronomy, and specifically, Chapter 22.  If you are not up on Deuteronomy, among other things it says that if a woman is not a virgin at the time of her marriage that she can be killed.

I found myself thinking about Deuteronomy in connection with the statement by the African American quoted in the Post. I asked myself, how selectively does this individual interpret The Bible?  Does this person, for instance, believe that we should currently implement that section of Deuteronomy?  If not, why?

There is nothing new about selective interpretations of The Bible.  Growing up, my father would regularly remind me that White supremacists claimed that Black people are the children of Ham and that we are Black because we are cursed.  My father would point out that it did not matter to them that the Bible does not say that.  The White supremacists wanted to believe this and they would find a way to connect that with their interpretation of God and God's word.

Bill Fletcher, Jr. is a Senior Scholar at the Institute for Policy Studies, the immediate past president of TransAfrica Forum, and the co-author of Solidarity Divided.