Connect the Dots Between Broadband Computer Access and Jobs 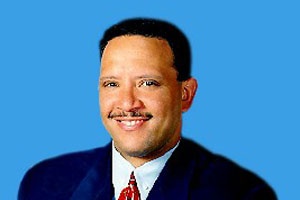 "Millions being left out of jobs, left out of digital learning, is not just an economic issue; it's a civil rights issue" –  FCC Chairman, Julius Genachowski

An after school and summer camp STEM Academy run by the Urban League of Greater Chattanooga has increased students' proficiency in both math and reading by 32 percent.  In Central Florida, 70 percent to 80 percent of students who enter the local Urban League's Center for Workforce Innovation Job Training Program graduate with a job at the end of the program.  These rare success stories demonstrate that we know what works in the critical effort to increase broadband access and digital literacy throughout America.  But these stories take that goal one step further.  With broadband access much too low and joblessness much too high in communities of color, these Urban League programs make the powerful link between broadband access and jobs.

It's not enough to place the Internet at everyone's fingertips, we believe that real progress will only occur if the digital divide is closed in a way that enhances employment opportunities for communities hardest hit by the recession and the jobless recovery of the last few decades. Last week the National Urban League's Policy Institute in partnership with Time Warner Cable, highlighted that reality with the release of a report titled, "Connecting the Dots:  Linking Broadband Adoption to Job Creation and Job Competitiveness."

The report reveals that while the gap is narrowing, the broadband adoption rate in African American households is still only 56 percent compared with 67 percent for Whites.  That gap widens noticeably, however, among those without a high school diploma.  The rate of broadband access for African Americans without a high school degree is 38 percent, while 51 percent of Whites in that same category are online at home.

With almost all major companies now posting job openings exclusively online, 77 percent of African Americans without high school diplomas used the Internet to look for a job during 2009-2010.  Clearly, we must target low-income communities in our efforts to expand access to both broadband and jobs. We applaud efforts like the FCC's "Connect to Compete" program that is offering low-cost broadband connections in low-income communities. But more must be done to close the gap and to tackle the significant under-representation of African Americans in broadband jobs and businesses.  Our "Connecting the Dots" report is a collection of practical ideas that bring together all the elements for success, including workforce training, private enterprise development, and modernizing the STEM education pipeline.  We recommend:

Modernizing the education pipeline as a long-term solution.  We need more STEM academies like the one being run by the Urban League of Greater Chattanooga.In the final analysis, this is about equal access to jobs and opportunity.

As Time Warner Vice President, Fernando R. Laguarda put it, "The broadband economy needs to work for everyone."