A Better Approach to School Discipline 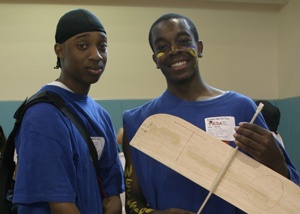 On March 6, the Department of Education's Office for Civil Rights released data from a national survey of more than 72,000 schools, covering a range of issues that included school discipline. The data revealed startling racial disparities in suspensions, expulsions and arrests in districts and states.

Among the findings: Black students are 3.5 times as likely to be suspended as their white peers, and more than 70 percent of students involved in school-related arrests or who have been referred to law enforcement are black or Latino.

The new data have attracted a great deal of attention in the press, including an editorial in the New York Times, a panel discussion on PBS Newshour, and articles in the Washington Post, Huffington Post and Los Angeles Times.

While the data suggest that harsh, inequitable approaches to school discipline are widespread, there are also many schools taking a different approach -- one that heads off disciplinary issues by offering students a range of positive supports. And these schools are seeing success in some of the nation's poorest neighborhoods.

The Elev8 initiative, for example, provides school-based health care and counselling, out-of-school activities, and outreach to parents and families in high-poverty middle schools in Baltimore, Chicago and Oakland and in five communities across the state of New Mexico. These Elev8 programs are being implemented in diverse urban, rural and tribal communities, and as such, they may serve as an important national model. There is compelling evidence that Elev8's array of services is making a difference for schools and their students:

* According to annual surveys, students in Elev8 schools feel safer at school and in Elev8 activities than in their surrounding communities.

* One Elev8 school in New Mexico reported a 50 percent decrease in disciplinary actions in the three years following Elev8's launch. Youth arrests in the surrounding neighborhood went from 60 to one in a single year.

* Across schools, Elev8 has substantially broadened student acceptance and use of counseling services, which school staff link to notable declines in disciplinary problems.

Other research confirms the value of more positive, preventive approaches to school discipline. For example, a recent report by the Research Alliance for New York City Schools highlighted the importance of positive approaches to discipline in efforts to turn around struggling middle schools.

The work being pioneered in Elev8 and other community schools around the country suggests that there is a clear alternative to the harsh, discriminatory approach to discipline that prevails in many school districts. Elev8 has joined with other organizations in calling for federal policies that will help schools adopt fairer and more effective discipline strategies, including positive behavior support, conflict resolution, and mediation programs.

Reauthorization of the Elementary and Secondary Education Act is long overdue, and many are hoping to see it passed this year. In this important piece of legislation, Congress should insist that school districts are required to collect and report better data about school climates and discipline. These climate measures should be incorporated into the legislation's accountability framework. Just as important, funding should be increased for interventions designed to improve student engagement and the larger learning environment. Such strategies are critical for creating safe and effective schools.