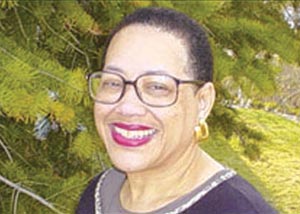 Late last year America's homeownership rate dropped to 66 percent, the lowest since 1998. Amid continuing foreclosures and short sales, millions of former proud homeowners now find the cost of their American Dream financially out of reach. For many displaced by foreclosures, rental housing has become a long-term housing alternative. But new research finds that the huge growth in America's renters has worsened an already troubling problem: an inadequate supply of affordable housing.

According to Out of Reach 2012, an annual report by the National Low Income Housing Coalition, renter households rose by nearly 4 million between 2005 and 2010. In 2012, a household must earn the equivalent of $37,960 in annual income to afford the national average cost of a two-bedroom market rate of $949 per month. To comfortably afford market price for the typical rental, incomes must meet or exceed $18.25 per hour. However Out of Reach found that the 2012 average renter's wage was a few dollars less at $14.15.

This gap between housing costs and typical worker earnings will continue to grow until or unless more affordable housing becomes available. Looking ahead, over the next decade the report predicts that the number of renters may increase by upwards of 470,000 annually.

The report states in part, "The analysis illustrates a wide gap between the cost of decent housing and the hourly wages that renters actually earn. The numbers in Out of Reach demonstrate that this year in every community across the country, there are renters working full-time who are unable to afford the rents where they live."

In 2012, many who are severely cost-burdened are adult workers whose wages are less than their locale's fair market rent. Determined by HUD on an annual basis, fair market rent reflects the cost of both shelter and utilities. This federal standard is also used to determine eligibility for HUD's Housing Choice Voucher program and Section 8 contracts.

Out of Reach found that in every state an individual working full-time at the federal minimum wage of $7.25 per hour cannot afford a two-bedroom apartment for his or her family. In fact, there are very few places in the country where even a one-bedroom apartment at fair market rent is affordable to these workers.

Currently 18 states have minimum wages higher than that of the federal government and earlier this year, the City of San Francisco became the first in the nation to have a minimum wage above $10 an hour. Unfortunately, California rates third highest in the nation's rental housing costs with $26.02 an hour needed for a two-bedroom dwelling. Other states where a two-bedroom apartment would require an hourly wage of $20.00 or more are: Connecticut, DC, Hawaii, Maryland, Massachusetts, New Jersey, New York, and Virginia.

By 2010, extremely low-income (ELI) workers, those earning less than 30 percent of the area median income rose to 9.8 million people, or one out of every four renter households. For every 100 ELI households in search of an apartment, only 30 affordable units are available. NHLIC estimates that an additional 6.8 million additional rental units are needed to overcome this shortage.

Commenting on the NLHIC report, HUD Secretary Shaun Donovan said, "This perfect storm of growing need and rising costs is why it is more important than ever that we provide a supply of affordable rental homes at the scale that families require and in the places that need them."

Here's hoping that Secretary Donovan's budget request will fare better than earlier housing efforts. In 2008, the National Affordable Housing Trust Fund was enacted for the purpose of building more affordable housing. In 2012, it remains unfunded.