Corporations Pay Less in Taxes Than Buffett and Romney 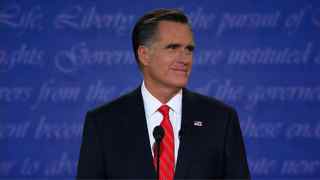 Corporations pay a lower effective tax rate than Warren Buffett and Mitt Romney, but you wouldn't know it from all the complaints that our corporate tax rate puts our country at a competitive disadvantage. Last year, U.S. corporations paid just 12.1 percent of their earnings in federal corporate income taxes. Buffett's tax rate is 17.4 percent; Romney's reported 2010 tax rate was 13.9 percent.

The corporate tax system is riddled with loopholes and subsidies that do create competitive problems, but not the ones CEOs are talking about. Our broken tax system blesses U.S. multinational corporations with lots of loopholes that enable them to pay less in taxes than Main Street businesses. It allows large companies, even those in the same industry, to pay vastly different tax rates. It has starved our government of revenue, adding to the pressure for deep budget cutbacks rather than the investments needed to rebuild our crumbling infrastructure, educate our children and support the innovation needed for economic success.

President Obama has called for corporate tax reform that is "revenue neutral" – using any revenues gained from closing loopholes and ending subsidies to pay for lowering the statutory corporate tax rate and extending or introducing other tax breaks. The problem with "revenue neutral" tax reform is that it locks in the corporate share of our government's bills at historically low levels. Tax reform that results in GE paying more and Wal-Mart paying less is not a step forward.

Contrary to common perception, U.S. corporations pay far less toward the cost of public services and infrastructure than they did in decades past, and less than foreign competitors pay in their countries today. In the 1950s, corporate federal income taxes accounted for nearly one-third of federal government revenue; in 2011, corporate taxes accounted for less than 8 percent.

Meanwhile, U.S. multinational corporations are reporting record levels of profits to shareholders. And their balance sheets are loaded with record levels of cash – more than $2 trillion at last count.

President Obama's tax framework addresses important issues such as curtailing the abuse of offshore tax havens, but the devil is in the details. For example, a proposed minimum global tax could reduce the incentive of U.S. multinationals to disguise domestic profits and shift them to low or no-tax corporate tax havens around the world. But if the rate, now unspecified, is set too low it could become a permanent tax break for U.S. multinational corporations whose accountants are expert at assigning expenses to the domestic side of the ledger for U.S. tax deductions while assigning profits to the "foreign" side. And it doesn't take a large rate gap between the corporate tax rate and a minimum global tax to produce large tax savings for corporations with revenues in the billions.k

One way Congress could address closing loopholes right now is through the Cut Unjustified Tax Loopholes Act introduced by Senators Carl Levin of Michigan and Kent Conrad of North Dakota. It would crack down on offshore tax haven abuses and close tax loopholes that encourage corporations to move jobs abroad.

The challenge of corporate taxes and competitiveness is not that rates are too high, but loopholes, preferences and subsidies make corporate tax collections far too low. Rather than focusing on revenue neutral corporate tax reform which locks in corporate tax revenues at bargain-basement levels, President Obama would be wiser to insist that all profitable U.S. corporations – big and small – are expected to pay their fair share of taxes.

Big businesses want all the benefits of government spending – from government contracts, a publicly educated workforce, transportation networks and courts to enforce property rights, to scientific research they are happy to commercialize, and bailouts in the billions. Their increasing unwillingness to pay for the public services and infrastructure that underpin our economy is the real threat to America's competitiveness.

Klinger is tax policy director of Business for Shared Prosperity, a national network of business owners, executives and investors.

A version of this op-ed previously appeared in The Hill.