At Last: A 'Top Cop' Arrives to Police Financial Affairs 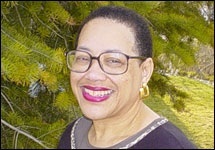 As 2012 unfolds, America's consumers have now gained a top cop in a wide range of financial affairs. Richard Cordray, a former Ohio attorney general and state treasurer was appointed this week by President Obama to become the first director of the Consumer Financial Protection Bureau (CFPB). After the greatest financial collapse since that of the 1930s Great Depression, the historic Dodd-Frank Act created a new bureau to comprehensively address lending abuses and the accompanying power to enforce regulatory change.

With a director in place, CFPB can now take on oversight of payday lenders, mortgage companies and credit bureaus, writes rules for the non-banking industry, and becomes the consumer's voice in financial services regulation. Last year in late July, CFPB began ongoing monitoring and regulating of large depository banks.

Announced Jan. 4 at an appearance in Cleveland, President Barack Obama said in part, "The financial firms have armies of lobbyists in Washington looking out for their interest. You need somebody looking out for your interest and fighting for you – and that's Richard Cordray."

Ohio consumers would readily agree. As state attorney general, Cordray recovered more than $2 billion from Wall Street to repay the state's wrongly-foreclosed consumers, the state's looted pension funds, and its cities and counties. His reputation as a fair and reasonable advocate attracted widespread support that included businesses, civil rights and consumer advocates, and 37 state attorneys general.

Speaking to the specific consumer needs in communities of color, Wade Henderson, president and CEO of the Leadership Conference on Civil and Human Rights said, "Communities of color have always been targets of predatory lenders who created a financial mess that resulted in losses of $194 billion in the African-American community and $177 billion in the Latino community, the largest exodus of wealth ever recorded for these groups. . . We are ready to work with Director Cordray to ensure that no community is ever victim to these practices again."

The biggest factor contributing to this historic loss of minority wealth has been foreclosures wrought from high-cost and unsustainable loans. Published in November, CRL's updated foreclosure research, Lost Ground, examined disparities in mortgage lending and foreclosures. CRL found that although the majority of people affected by foreclosures have been white families, borrowers of color are more than twice as likely to receive high-risk loan products – even after accounting for income and credit status.

These mortgage defaults are strongly tied to abusive loan terms, such as prepayment penalties, 'exploding' adjustable-rate mortgages and loans originated by mortgage brokers. In many cases, brokers received kickbacks for placing borrows in these more expensive and high-risk loans.

With the CFPB and other provisions of the Dodd-Frank Act, the kickbacks known in the mortgage industry as 'yield spread premiums are banned. Further, lenders are now required to ensure a borrower's ability to repay a loan.

Another and lesser known duty of CFPB includes oversight on student loans for higher education. With authority over private student lenders, CFPB will require lenders to follow fair rules and provide families with information they need to make informed and smart choices in financing a college education for their children. This particular provision will benefit African-American families – 36 percent of whom already fund college educations with student loans.

For consumer advocates such as the Center for Responsible Lending (CRL), Richard Cordray's appointment was viewed as welcome news not only for consumers but also for businesses and the economy. CRL said in a statement "Finally, the agency can run at full speed, policing the financial marketplace to make it fairer and more competitive. . . By promoting sensible oversight of businesses and sounder choices in consumer financial products, the CFPB will help restore our economy and prevent another meltdown."

Charlene Crowell is a communications manager with the Center for Responsible Lending. She can be reached at: Charlene.crowell@responsiblelending.org.