Predatory Payday Lending by Banks on the Rise 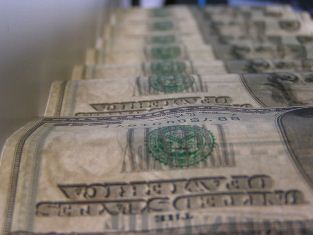 Each year, street corner payday loans strip consumers of $4.5 billion. Now, at least four large banks joining the ranks of those offering one of the most predatory products sold to unsuspecting consumers. Banks like Wells Fargo, US, Regions and Fifth Third are all offering their checking account customers payday loans that typically require full repayment within 10 days with interest rates of 360 percent or higher.

Due to federal bank regulation, these payday loans, sometimes called "advance deposit loans," circumvent state rate cap laws in 17 states and the District of Columbia. Further, as banks repay these loans from funds already on deposit in checking accounts, borrowers run the risk of running short of money for other living expenses as well as incurring  overdraft fees. Under fee-based overdraft systems, transactions made when available funds are insufficient will result in an average fee of $35 per transaction.

For banks, the ability to take funds automatically to repay loans means is a winning proposition. But for consumers, every loan renewal means another fee and a longer stretch of high-cost debt. And some banks have practices that lead to account closure when low or modest balances result in frequent overdrafts.

Fortunately, there are African-American leaders who are standing up and speaking out on the ills of payday and bank payday loans.

According to Julian Bond, former NAACP Chairman, "A drive through minority neighborhoods clearly indicates that people of color regardless of income are a target for legalized extortion. Payday lending is an economic drain that threatens the livelihoods of hardworking families and strips wealth from entire communities."

Rev. Dr. Frederick Haynes, senior pastor of Friendship West Baptist Church in Dallas has also spoken against payday lending. "Storefront payday lenders are more common than fast food restaurants – especially in my church's neighborhood" said Pastor Haynes. "There are 20 payday loan stores within a five-mile radius on my church. As a pastor and community activist, I have personally seen how quick cash payday loans wind up placing borrowers in financial debt shackles."

Speaking directly to the ills of bank payday loans, Dr. Haynes added, "This practice of lending is especially troubling when one considers that banks, according to the Federal Reserve, are able to receive loans with interest rates of less than one percent."

Dr. Haynes' observation is one worth expanding. Courtesy of the federal government, banks get loan rates near zero percent interest. These banks then loan funds to payday lenders at competitive market rates. Then these lenders offer consumers interest rates of 360 percent or more. When banks enter the payday loan market, they eliminate the middle lender and reap all the profits for the institution with the same triple-digit rates charged consumers.

Legal? Not by some state consumer protections; but unfortunately, we need strong federal action to stop this abusive and level the lending field for all consumers.

There's nothing wrong with a business making an honest profit. But there's something seriously wrong with price-gouging interest rates for customers needing a small-dollar loan.