Council to Consider Changes to Oversight System and Bureau Policies 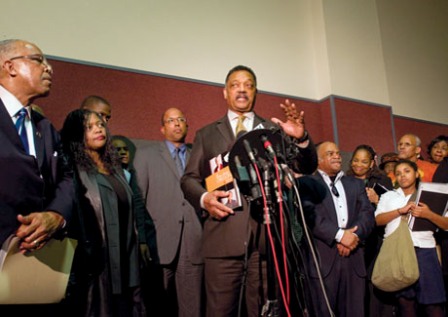 This Wednesday, Nov. 16, at 2 p.m. Portlanders will have a rare and important opportunity to ask City Council to improve oversight and policies of the Portland Police Bureau.

On Nov. 4, Mayor Sam Adams and Police Chief Mike Reese released a 44-page document (the "Report on Recommendations Regarding the Portland Police Bureau") responding to at least four sets of recommendations to improve the Police Bureau and the city's oversight system (the Independent Police Review Division, or IPR).

On Monday of last week, Portland City Auditor Lavonne Griffin Valade released her own 45-page response to most of the same reports, as well as draft language to change the IPR ordinance, particularly parts revolving around the 9-member Citizen Review Committee (CRC).

Amazingly, even though there are over 150 recommendations for changes and improvements, the Auditor's proposal contains only six changes to the ordinance, only three of which are based on community concerns.

Portland Copwatch (PCW) analyzed many of the Mayor, Chief and Auditor's responses to over 100 recommendations about changing the police oversight system in Portland and 51 proposals for improving police policies. Some of the community demands date back to 2001 and earlier.

The Mayor and Chief claim to agree with 35 of 51 of the policy recommendations (69 percent), though as with the police oversight issues, sometimes there are misinterpretations or parts of the recommendations that are not addressed.  The major theme of disagreement which causes concern is the Police Bureau's insistence that they need "flexibility" to use various kinds of force, including multiple Taser cycles, unleashing police dogs simultaneously with other force options, and firing "beanbag" guns from less than ten feet.

Here's an analogy: While many people oppose the existence of pornography, society has agreed to tolerate a certain amount of it, so long as it does not involve children. What the community is asking is that we don't want any police violence, but if they are going to use it, there have to be limits.

The City insists that the IPR and CRC were, in the Mayor's words, "established in an effort to increase the transparency and fairness of the Police Bureau's complaint-handling and discipline processes, not to supplant those processes or relieve the Police Bureau of the responsibility of holding its own members accountable."

We believe that the civilian oversight system was set up to supplement the Bureau's processes, not merely to increase transparency and/or review Internal Affairs investigations. People do not trust a system where police investigate other police, no matter how good it might be, it is fundamentally never going to gain community trust until the system is fixed.

Regarding the "Police Oversight Stakeholder Group," which met from May to September 2010 under the auspices of Commissioner Randy Leonard (and included the Auditor, IPR Director, and Chief), the Mayor and Chief disagreed with 19 of 41 recommendations (46 percent) and "agreed" with just 14 (34 percent). The Auditor agreed with 16 of 41 of those recommendations (or 39 percent) while disagreeing with 13 (32 percent).

The public was told the IPR would be assessed one year after it was voted into being in 2001; that assessment finally came in January, 2008. Then, the community watched as Leonard, Griffin Valade and IPR Director Mary-Beth Baptista made changes to the IPR ordinance behind closed doors that were passed in March, 2010. The Stakeholder group was created to ensure the changes to the CRC, and further changes to IPR, would have community input. To say the least, it is disappointing after a four-month process by the Stakeholder group, 10 years waiting for improvements to the IPR and CRC, input from the Albina Ministerial Alliance Coalition for Justice and Police Reform, multiple reports from the CRC itself, and one year waiting to enact the Stakeholders' 41 suggestions for change that of 150 recommendations, only six changes are being proposed to the IPR ordinance.

The proposals and Bureau policy issues will be discussed at City Council on Wednesday, Nov. 16 at 2 p.m. The meeting takes place at City Hall (1221 SW Fourth Ave.). People of this community who have been mistreated by the police -- and who do not partake of the civilian oversight system because of its weaknesses -- have a rare chance to make a difference. PCW hopes to see a renewal of the enthusiasm for police accountability as was saw at Council in March, 2010, after the death of Aaron Campbell.

For more information, visit the PCW website at www.portlandcopwatch.org .