'Without Jesse Jackson, There Would Be No Barack Obama' 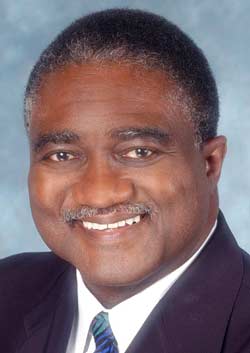 "We try to go from '68 to '08 – like we leapfrogged from Dr. King to the president of the United States, Barack Obama," Sharpton explained. Much of the progress in Black economic and political development between the time Dr. King was assassinated in Memphis and the election of Obama in 2008 should be largely attributed to Jackson, Sharpton suggested.

Jesse Jackson was among the handful of top aides to Dr. King. When King was killed in Memphis, Ralph Abernathy succeeded King as president of the Southern Christian Leadership Conference, but it was Jackson who assumed the mantle as Black America's top civil rights leader.

Jackson, who was selected by King to head Operation Breadbasket in Chicago, challenged major corporations to not only hire more Blacks, but to expand opportunities for African-Americans to own automobile dealerships, fast food franchises and provide goods and services to Fortune 500 companies.

"There would not have been anybody in the corporate elite had it not been a movement led by Jackson to say you can't put a glass ceiling on how far we can go," Sharpton explained. "It wasn't that Blacks weren't qualified to be chairman of major corporations until the '80s. There was no movement that had broken the ceiling."

Lifting the ceiling from national politics was also part of the Jesse Jackson legacy. Although other African-Americans had run for president – including Frederick Douglass, Shirley Chisholm and Dick Gregory – none were as successful as Jackson in 1984 and 1988.

Georgetown University Professor Michael Eric Dyson, who organized the appreciation event with his wife, Marcia Dyson, who served as Operation PUSH Trade Bureau's first chief of staff, said what many in the audience were thinking: "Without Jesse Jackson, there would be no Barack Obama."

The Jackson-Obama relationship turned sour after Jackson was recorded saying that the then-presidential candidate talks down to African-Americans and he would like to dismember a certain part of Obama's body. While that crude comment hurt Jackson's standing among African-Americans excited about the prospect of electing the nation's first Black president, it does not alter the fact that Obama would not be in the White House without Jackson's presidential campaigns.

Sharpton was uncharacteristically diplomatic in how he addressed the relationship between Obama and Jackson, noting that after Dr. King had helped Carl Stokes become the first Black mayor of Cleveland, he was excluded from the victory celebration.

"The misnomer is that students watching think because you weren't at the party that you had nothing to do with the achievement," Sharpton said. "Don't get confused by the invitation list to the party with those who created what you are celebrating."

Rev. Freddie Haynes of Dallas, in what he called an oratorical thank-you note to Rev. Jesse Jackson, spoke about the impact of Jackson's presidential campaigns.

Looking at Jackson, he recalled: "After your speech I was in the barber shop – and you know how we kick it in the barber shop in the 'hood – and some brothers were talking about, 'Did you hear Jesse?' Jesse. Jesse. Jesse. And I wasn't feeling them disrespecting Rev. Jesse Jackson like that. So I said, 'Do you know Rev. Jesse Jackson?' And the brother jumped right back at me and said, 'I don't know Jesse, but Jesse knows me.'"

Sharpton said Jesse Jackson led the way in urging children to spend less time in front of TV, curbing violence in the Black community and getting youth to believe that "I Am Somebody."

Michael Eric Dyson put it this way: "Like Muhammad Ali, he shook up the world."

George E. Curry, former editor-in-chief of Emerge magazine and the NNPA News Service, is a keynote speaker, moderator, and media coach. He can be reached through his Web site, www.georgecurry.com; you can also follow him at www.twitter.com/currygeorge.