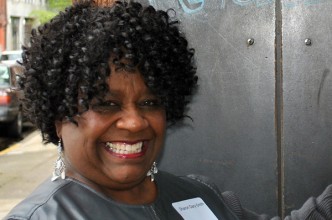 I'm pleased, in fact, excited really, that our long-serving City Commissioner Dan Saltzman has now declared that he's going to "watch very closely" the expenditures from city coffers. It's about time, and it's too bad that it only occurred on Sept. 21, at the Portland City Council's historic vote on equity.

I direct a social justice foundation that has been watching and supporting Oregonians working at the grassroots level--and moving community justice issues to the forefront. These are people that develop and enhance the youth and adult leadership in communities of color; that work for racial and economic justice, promoting environmental health, and seeking peace, not war. As a result, MRG Foundation has awarded $12 million in funding over 35 years, so we know a lot about watching and listening; that's how we all learn from the people and communities that are speaking. So, my concern when I heard Commissioner Saltzman suddenly remind us that he's watching was, what had he been doing the other times?

My problem wasn't as much with his stern facade and statements, although I, too, found it interestingly-timed, and condescending. No, I was struck by the fact that he'd apparently just arrived at this position of watchfulness. If watching closely and expecting results is his mantra, what happened to that attention, given his limited responses while listening to the request for tens of millions of dollars for a new, world class Sustainability Center? That's the presentation that proceeded -- and ran one-half hour overtime into the time-certain OEHR vote.

Perhaps he was lulled because that presentation - and presenters - looked so familiar; primarily European men in suits, including PSU's President; and an Intel executive, a PCC woman administrator, among others. They were big on rhetoric and 'hopefulness' about how their proposed Sustainability Center would promote 'social equity' and 'accessibility.' They had aspirations of higher diversity numbers among vendors and contractors than have been achieved; they were not so clear when pressed to explain how the city's 50 percent contribution would only yield 25 percent ownership.

They were not so surprising in their lack of specifics about that; or when they offered only potential scenarios about how those high square footage costs would attract diverse 'space owners' or increased City ownership over 30 years. Hmm, Commissioner, now that appears to be a place for watchfulness. Even when his colleague, Commissioner Nick Fish, raised questions about the projects potential for intergenerational debt and the possibility of 30 years of not knowing whether the payoff would be as sweet as the sell, Saltzman merely smiled in his familiar way.

So, I was interested at his challenging tones, the rebuke he chose to center on proponents of the Office of Equity & Human Relations, including his colleagues on the Council. Perhaps he hadn't imagined that many Portlanders believed it was time that a city that has repeatedly danced to private developers, and to professional sports, would be called to consider all of us. Maybe Saltzman wasn't aware that a city that's repeatedly overspent on expensive private ventures -- including an expensive 'train' from OHSU's South Waterfront up to Pill Hill, could be challenged to put $1 million dollars (only one year guaranteed) toward ensuring equity in all services and departments.

Maybe he didn't imagine there was a real need to centralize processes, procedures and practices, and pay attention to ensuring the development, management, monitoring and measurement of openness, accessibility, equity and opportunity for all, not just the traditional beneficiaries. My momma used to remind us that 'when you point a finger at others, you're pointing three at yourself.' We're all watching, Commissioner. That's our job, and our city, too.