Nielsen, NNPA Release Report, 'The State of the African-American Consumer'

By The Skanner News
Published: 26 September 2011 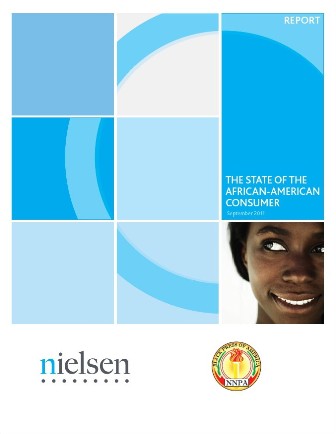 African-Americans' buying power is expected to reach $1.1 trillion by 2015, according to The State of the African-American Consumer Report, released last week at a Washington, DC press conference. The document was collaboratively developed by Nielsen, a leading global provider of insights and analytics into what consumers watch and buy, and The National Newspaper Publishers Association (NNPA), a federation of more than 200 Black community newspapers across the U.S.

This growing economic potential presents an opportunity for Fortune 500 companies to examine and further understand this important, flourishing market segment. Likewise, when consumers are more aware of their buying power, it can help them make informed decisions about the companies they choose to support.

"Too often, companies don't realize the inherent differences of our community, are not aware of the market size impact and have not optimized efforts to develop messages beyond those that coincide with Black History Month," said Cloves Campbell, chairman, NNPA. "It is our hope that by collaborating with Nielsen, we'll be able to tell the African-American consumer story in a manner in which businesses will understand," he said, "and, that this understanding will propel those in the C-Suite to develop stronger, more inclusive strategies that optimize their market growth in Black communities, which would be a win-win for all of us."

The report, the first of annual installments in a three year alliance between Nielsen and NNPA, showcases the buying and media habits and consumer trends of African-Americans.

The 41st Annual Legislative Congressional Black Caucus Foundation Conference week's activities set the backdrop for the announcement. Flanked by civic, business and legislative leaders, Nielsen and NNPA executives spoke about the relevance and importance of the information shared in the report and the fact that it will be distributed in NNPA's 200+ publications, reaching millions of readers and online viewers.

"We see this alliance with NNPA as an opportunity to share valuable insights, unique consumer behavior patterns and purchasing trends with the African-American community," said Susan Whiting, vice chair, Nielsen. "By sharing, for example, that African-Americans over-index in several key areas, including television viewing and mobile phone usage, we've provided a better picture of where the African-American community can leverage that buying power to help their communities," she said. "Likewise, the information points businesses in the right direction for growing market share and developing long range strategies for reaching this important demographic group."

Consumer trends in the report include facts such as:

-- With a buying power of nearly $1 trillion annually, if African-Americans were a country, they'd be the 16th largest country in the world.

-- The number of African-American households earning $75,000 or higher grew by almost 64 percent, a rate close to 12 percent greater than the change in the overall population's earning between 2000 and 2009. This continued growth in affluence, social influence and household income will continue to impact the community's economic power.

- There were 23.9 million active African-American Internet users in July 2011 -- 76 percent of whom visited a social networking/blog site.

-33 percent of all African-Americans own a smart phone.

- African-Americans use more than double the amount of mobile phone voice minutes compared to Whites -- 1,298 minutes a month vs. 606.

- The percentage of African-Americans attending college or earning a degree has increased to 44 percent for men and 53 percent for women.