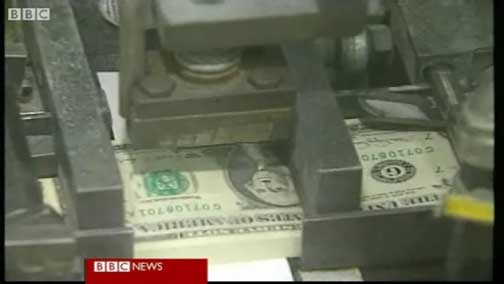 Oregon's 30-cent hourly wage increase for its lowest paid workers next year will be "good for workers and Oregon's economy," according to the non-partisan Oregon Center for Public Policy.

Oregon's minimum wage will rise from $8.50 to $8.80 on January 1, 2012, the Oregon Bureau of Labor and Industries (BOLI) announced today. The adjustment, mandated by a ballot measure approved by voters in 2002, reflects the rise in the cost of living as defined by the August Consumer Price Index (CPI), which jumped 3.8 percent from a year ago.

OCPP calculated that the increase means an extra $624 a year for a family with one full-time minimum wage worker.

"The minimum wage increase is good for workers and Oregon's economy," said OCPP executive director Chuck Sheketoff. "It helps the lowest-paid workers make ends meet, and it helps the economy when the workers spend those extra dollars in local businesses."

Oregon is one of 18 states plus the District of Columbia that have a minimum wage above the federal minimum wage of $7.25 per hour, which is not scheduled to increase.

In 2012, when the 30-cent Oregon minimum wage increase takes effect, full-time minimum wage workers in Oregon will earn $3,224 more than that their counterparts in those states where the federal minimum wage sets the floor.

But even though Oregon's minimum wage is second-highest in the nation, it is not enough to prevent poverty among some working families, Sheketoff said. He noted that at $8.80 an hour, an Oregon full-time minimum wage worker will earn $18,304, still below the 2011 federal poverty guideline for a family of three ($18,530). These families could fall further behind in early in 2012, when the federal government likely will raise the poverty guideline.

The Oregon minimum wage, however, does lift one- and two-person families out of poverty.

"Oregonians were smart to raise the minimum wage and keep it from being eroded by inflation," Sheketoff said. "Oregon's minimum wage system helps fight poverty and income inequality and is a model for the nation."

The Oregon Center for Public Policy is a non-partisan research institute that does in-depth research and analysis on budget, tax and economic issues. The Center's goal is to improve decision making and generate more opportunities for all Oregonians.