Child Watch: Supporting the Grandparents Who Support Our Children 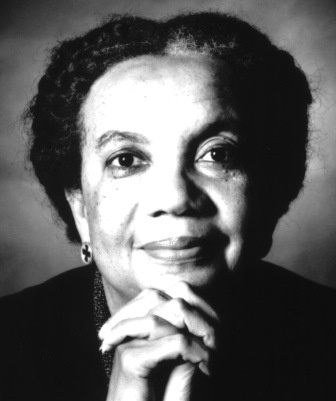 At a time in life when many are beginning to ease into retirement and enjoying a little more free time, Mr. and Mrs. B. found themselves unexpectedly starting all over again—struggling to care for their adopted daughter's two young sons.  Their daughter's bipolar disorder was recognized very late, and though she stays involved in her sons' lives, neither she nor their father were able to be a full-time parent.  So the boys went to live with their grandparents.  As in all families with children, there's always something happening that demands attention and this family has had very serious needs.  When their youngest grandson was also diagnosed with bipolar disorder, Mr. and Mrs. B. had trouble finding a good doctor to care for him.  Then Mrs. B. was diagnosed with cancer.  But there are no regrets: "There's no 'us time,'" Mr. B says, "but I would do it again in a heartbeat."

Their family isn't alone.  Lots of us who are grandparents are used to stepping in and caring for grandchildren from time to time.  I know my husband and I have spent many evenings and weekends on "grandma and grandpa duty," and loved every wonderful but exhausting moment! But many grandparents and other family members are going far beyond the occasional Saturday night or long weekend.  Since all children deserve safe, permanent and loving families, when parents can't care for their children—they may have died, be incarcerated, or be struggling with substance abuse or other health or mental health challenges—relatives like Mr. and Mrs. B. often end up "parenting a second time around."  They step in to give their grandchildren or nieces or nephews the love and stability they need and avoid the need for foster care with strangers.

These grandparents and other relatives are providing vital care, stability, and continuity to millions of America's most vulnerable children.  They are keeping children safe and families together: children raised by relatives are more likely to be placed with siblings and less likely to lose touch with their cultural traditions and community connections.  But this enormous responsibility can have many effects on caregivers' own lives and financial stability.  Many are still working and many others live on fixed incomes.  Twenty percent of grandparents raising grandchildren are poor and many relative caregivers need financial help and other forms of support.  Often caregivers unexpectedly thrust into this role may be hesitant to share their new challenges with others, and if they do, often find it difficult to connect with networks to find programs and assistance for which they are eligible.

That's why grandparents and other relative caregivers are gathering from across the country on September 15th on the West Lawn of the U. S. Capitol to participate in the Fourth National GrandRally for Grandparents and Other Relatives Raising Children sponsored by AARP, Child Welfare League of America, Children's Defense Fund, Generations United, GrandFamilies of America, and National Committee of Grandparents for Children's Rights.  The GrandRally seeks to educate Congress about the importance of relative caregivers, the challenges they face, and the contributions they make.  With scarce resources and a tumultuous economy, relatives' critical role in keeping children safe and in stable homes will be highlighted along with the important role Social Security plays in helping caregivers assume care of related children.

The Children's Defense Fund often gets calls from grandparents and other relative caregivers seeking sources of financial assistance.  In recent months, many have called to tell us they've been laid off and need financial help to continue caring for their grandchildren.  They are often embarrassed by their circumstances and afraid to contact public agencies for assistance, fearful their grandchildren will be taken away and placed in foster care.  Grandparent caregivers often face barriers to participating in the Supplemental Nutrition Assistance Program (SNAP/Food Stamps) or qualifying their grandchildren for the National School Lunch Program.  And while Social Security provides needed support for grandparents, grandchildren aren't always eligible for benefits.

Over the last decade youth unemployment has soared, adding extra stress for grandfamilies already struggling to keep grandchildren in high school and now worrying about them finding a job, if they do graduate.  The percentage of youths ages 16-19 employed in 2010 was the lowest since the end of World War II.  While specific data on youths with relative caregivers are unavailable, the teen employment rate dropped to 27 percent in 2010 – only one in five teens in a low income family was working.  Even youths whose grandparents helped them graduate from college are likely to be employed at much lower salaries in jobs that do not use their college degrees.  Nearly half of all Associate Degree holders and one-third of Bachelor Degree holders were mal-employed in 2010.

Please reach out to relative caregivers in your communities.  Three past GrandRallies inspired caregivers to establish support groups and create kinship navigator programs to connect children to supports for which they are eligible.  Relative caregivers organized state and local coalitions, held State GrandRallies to educate local policymakers about children's needs and conducted statewide kinship care conferences.  Some were invited to return to Washington, D.C. to share their stories at Congressional briefings.  They can use your help.

Please join us September 15th at 1:00 at the U.S. Capitol.  For more information about the GrandRally, visit www.grandrally.org.  You can register online at the GrandRally registration page.  You can also find out more about children in your own state being raised by grandparents and other relatives on the AARP Website.

Marian Wright Edelman is a lifelong advocate for disadvantaged Americans and is the President of the Children's Defense Fund (CDF). Under her leadership, CDF has become the nation's strongest voice for children and families.