Initiative Helps Black Homeowners When They Need It Most 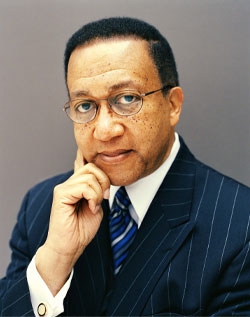 The National Association of Real Estate Brokers (NAREB) just made an important game-changing announcement at its recent national convention in New Orleans.  NAREB announced a historic engagement with Wall Street investors to launch a $800 million Homeowner's Assurance Program (HAP) to address the devastating effects of the housing mortgage crisis for Black America and other minority families and communities across the United States.

The state of Black American housing is in crisis more disproportionately than any other group in America.  Combined with the unemployment crisis that has also increased the ranks of abject poverty in the African American community, the housing crisis makes it paramount that national organizations like NAREB step up to the plate with solutions to the economic challenges facing Black Americans.

The good news is that NAREB has gone considerably beyond describing the magnitude of the problems confronting the Black community in 2011 with respect to the array of critical housing issues.  They are taking quantitative and qualitative financial action proactively and the Black community and other minorities engulf in the national housing and mortgage crisis will be the direct beneficiaries of the NAREM Housing Assurance Program (HAP).  We all should be very grateful to the national leadership of the National Association of Real Estate Brokers for putting the real estate and housing interests of the Black community as a national priority.

If other African American professionals would consider following the leadership methodology that is being exhibited by NAREB on the housing issue as well as the other related critical economic empowerment issues challenges our families and communities, then the future of our plight for freedom, justice, equality and empowerment will be considerably advanced with greater progress and achievement.

Various Wall Street investors, including Paul R. Taylor, Jr. and Cicero Wilson of SRP Development Management, have committed to providing initial capital for the purchase of non-performing loans and REO assets up to $200 million per quarter for the HAP initiative of NAREB beginning this month, August 2011.  At the NAREB conference in New Orleans, representatives of one of the top four national banks in the United States also indicated the HAP initiative has the potential over the next several weeks and months to attract additional capital to non-performing loans or bank-held mortgages to the tune of $1.2 billion per month.

Thus, the sheer magnitude of what the NAREB is launching has already caught the immediate attention of the major players in the U.S. banking industry.  We are talking about the financial recovery and economic development of the Black community through the systematic recovering of property and real estate ownership.  The wealth and empowerment of African Americans is directly related to homeownership. This not about giving charity, this is about gaining back a sense of self-reliance, responsibility and empowerment for our communities. We need more homeowners with mortgages that they can afford.  NAREB understands this point and is taking an important step forward to assist brothers and sisters in our community to be viable homeowners again.

Prior to announcing the innovative Housing Assurance Program, NAREB published a Public Policy Paper on Housing and African Americans.  The policy paper documented that Black communities have borne a disproportionate share of the damage from foreclosed real estate left in the wake of the country's severe housing and economic crisis. The accelerated rate of massive evictions of Black families from their foreclosed homes, and the subsequent dumping of foreclosed or abandon properties in Black and other minority communities without a sustainable recovery solution is now causing a new and expanded crisis of undervalued and/or vacant blighted properties throughout our neighborhoods.  NAREB President-Elect Julius Cartwright stated, "An innovative housing assistance program and strategy are needed.  Many of the current programs are ineffective and they do not adequately address all the needs in our nation's communities, particularly minority communities."  We are with Julius Cartwright and that is why we salute the initiative of NAREM.

The Joint Center for Political Studies, the Hip-Hop Summit Action Network (HSAN), the National Association for Equal Opportunity in Higher Education (NAFEO) and many other national organizations will work collaboratively with NAREB with respect to the Housing Assurance Program.  Time is of the essence and we need to get the word out throughout the Black community about this program.  People do suffer from the lack of knowledge and understanding.  NAREM has the knowledge and the professional experience on the critical issue of housing.  Now it is our task to promote the sharing of this information and to create a groundswell of understanding and awareness.  The future economic recovery of the Black community is at state. Let's work together to turn this crisis into an opportunity for economic empowerment.