The NAACP Is Right: Public Schools Should Be Supported 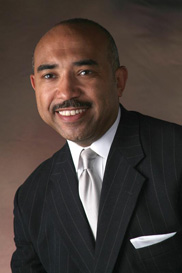 Last month, the National Association for the Advancement of Colored People (NAACP)) filed a lawsuit in New York on behalf of students and their parents.  In the words of Benjamin Todd Jealous, President and CEO, the lawsuit was filed because "Students are being grossly mistreated, their parents are being deeply disrespected and the entire community stands to suffer."  As a member of the Black Leadership Forum, I fully concur with NAACP's educational position in New York.

In addition to the issue of imposing charter schools within public schools the New York Public School system has failed honor the law by informing public school parents prior to making changes within the school district such as school closures.

I further agree with the NAACP and Benjamin Jealous when he asserts, "When one set of students is perceived as getting preferential treatment over another, or the city refuses to work with parents to fix problems at a school before closing it, the inequity leaves all our children suffering."  Yet, the educational issue in New York is much deeper.

The United States of America has never fully embraced a strong public school system.  When public schools were established in 1853, the wealthy elite in many instances opposed public schools.  After all, their children were educated in private academies.

Over the years, opposition for public schools has never waned.  During the Reconstruction Period, following the American Civil War, public schools were burned and terrorized by the Ku Klux Klan on their un-Godly view that African Americans should not be educated.  In 1954, southern Whites opposed the racial desegregation order of Brown v. Board of Education by creating private academies that only allowed Whites to attend.  Twenty-five years later when the Brown ruling was enforced with mandatory busing of public school students, mass opposition to public schools reared its ugly head in American cities such as Boston, Massachusetts when African Americans and Latinos were bused to mostly White school districts.  In each historical era, in this nation's history, public has been under constant attack.

The broader American policy question is whether all students—regardless of race or resources—have a right, rather than a privilege to a high quality education.  More particularly, the federal government must take a righteous stand against the privatization of public education by 1) Increasing the federal allotment to public education from the current 9 percent; and 2) Enshrining the right to high quality education for all American students in the U.S. Constitution.

As long as privateers pervert public education via charter schools while the federal government stands idly by, and public students and their parents are inferiorly treated, American education system is in need for remediation.