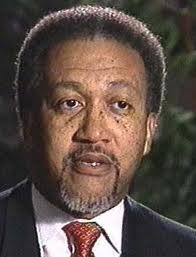 Forty-one years ago Earth Day was established by the global community and now literally hundreds of millions of people throughout the world will celebrate Earth Day on Friday, April 22, 2011.  For Black Americans and millions of people of color, Earth Day 2011 should be both a day of celebration and rededication to the struggle to free our communities from the devastating toxicity of environmental injustice.  Going "green" should not be reduced to a popular fad or to something that just sounds progressive or cool.

Official theme: "Earth Day 2011: A Billion Acts of Green" encourages people everywhere to take the time to do an act of environmental service and advocacy that will contribute to improving the quality of life for all living things on earth.  That is a good achievable goal worthy of our support and involvement.  With all the terrible climatic changes and related severe weather consequences of global warming and environmental damage to the world's ego system, all people should take at least one day a year to assess how to make the world a better and a more healthier place to live.

A "Black American Earth Day" should be a day of solidarity with all people, but in particular with other people of color, who like Black Americans are disproportionately exposed to environmental injustices and life-threatening pollutions and toxic hazards.  These dangerous problems are local, statewide, regional, national and international.  In Harlem, South Central Los Angeles, Southside Chicago, Houston, Philadelphia, Detroit, Cleveland, St. Louis, New Orleans, and in just about every other place in America where we reside, we find ourselves disproportionately with high rates of asthma and other respiratory diseases, multiple forms of cancer, and other sicknesses that are directly related to harmful exposure to environmental hazards in the air that we breathe, as well as in the water and food that we consume.

Let's use Earth Day 2011 as an opportunity to raise more awareness in our communities about the importance of environmental concerns and issues.  We have to connect the dots.  The health of our communities is impacted by the environment of our communities.  Did you know that many of the growing lists of so-called "learning disabilities" that affect too many of the children in the Black American community maybe environmentally related to exposures from lead poisoning and other toxic substances laced in many of our neighborhoods?  The overall quality of life in Black America can be and should be improved if we all become more conscious and involved with understanding the importance of demanding and adhering to environmental justice.

The United Nations in 2009 established April 22 as "Mother Earth Day."  The first Earth Day was in the United States back in 1970 organized by Senator Gaylord Nelson from Wisconsin.  Over the years, Earth Day has grown into a worldwide observance and celebration.  In the early 1980's, the Environmental Justice Movement began to be evolved, led by African Americans in North Carolina and in other states who saw the vital necessity to stand up and speak out against the growing evidence of environmental racism and injustice.

Again, a Black American Earth Day should be a day set aside for grassroots organizations and community leaders to mobilize and organize around all the environmental issues that continue to impact the quality of life and future of our children and communities.  There should, in fact, be a sense of urgency in 2011.  With all the budget cutbacks at the local, state and federal levels, the last thing that we need is for African Americans to become more exposed to environmental hazards because of the lack of funding or from the cutting of budgets in the areas of public health and environmental protection.

I am optimistic because the hip-hop community appears to be more environmentally conscious as youth activists are raising their voices in support of Earth Day activities.  In the South Bronx, the birthplace of hip-hop culture, one of the most effective grassroots environmental groups is named "Sustainable South Bronx" led by young community leader, Majora Carter.  On "Greening The Ghetto," Majora Carter stated innovatively, "Say it loud, I'm black, green and proud!"  We need more conscious and active leadership like Sister Carter.   Let's celebrate Earth Day!   Let's make it "A Black American Earth Day!"