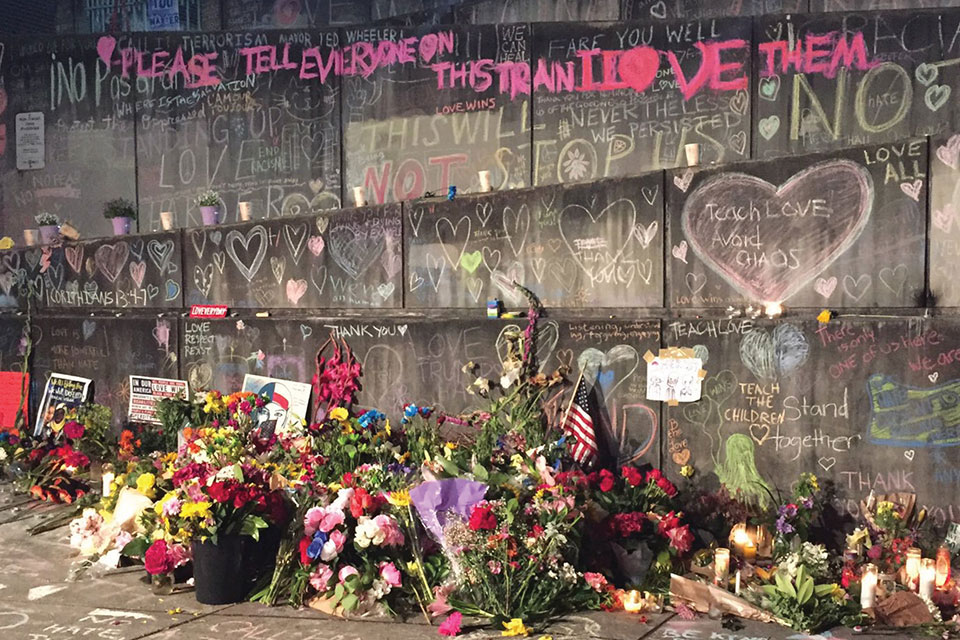 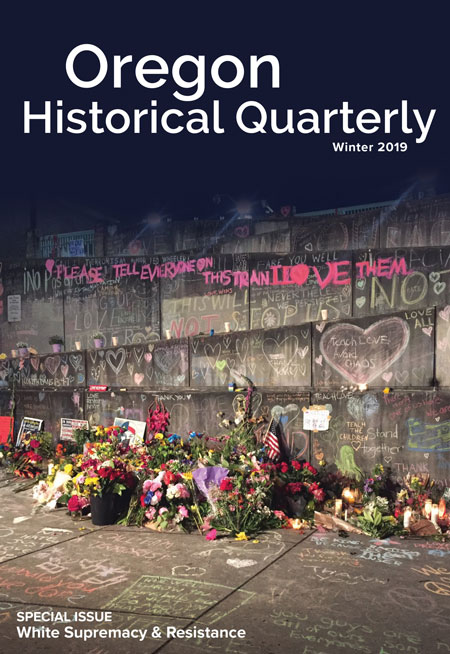 The Oregon Historical Quarterly’s Winter 2019 edition may well be the definitive historical account of white supremacy in Oregon—and the ongoing resistance to it.

Though it is a peer-reviewed academic journal, the special issue is structured like a textbook and reads as a compelling narrative, thanks to a diverse group of contributors that include historians and history professors, journalists, authors, educators, a retired judge, a civil rights lawyer, a natural resource management professional and the assistant attorney general for the Oregon Department of Justice.

“We can imagine it with a lot of uses, everything from scholarship to public policy to education,” Eliza E. Canty-Jones, editor of OHQ, told The Skanner. “I think just citizens in general will be using it to better understand their state.”

Canty-Jones said copies of the journal would be sent to members of the Oregon Legislature and other elected officials throughout the state.

“I feel most people are ready and waiting for this, and asking that all scholars begin telling a more inclusionary and holistic history of the place and country we live in,” David Lewis, who co-authored the chapter “White American Violence on Tribal Peoples on the Oregon Coast,” told The Skanner. Lewis explained that such work “helps us move away from the singular history of conquering White Americans.” 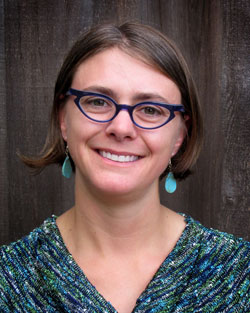 Oregon Historical Quarterly editor Eliza Canty-Jones“White Supremacy & Resistance” is a bold theme for any publication, let alone one put out by a historical society. But editors argue that the OHS was uniquely positioned to tackle the subject.

“We’re the Oregon Historical Society; we're not an advocacy group,” Canty-Jones said. “We’re not a policy-making organization. But we can be an organization that tells the truth about our state’s past.”

Historian Carmen P. Thompson, a member of the OHQ editorial advisory board, suggested that OHQ focus an entire issue on white supremacy after Jeremy Christian attacked commuters on a MAX train in Portland in May 2017, killing two, following a racist tirade.

“The study of race and white supremacy, in general, is a legitimate area of inquiry in society,” Thompson said. “And there’s literature, scholarship, research—a canon of work around it—and it isn’t something to be dismissed, as people want to do.”

To properly shape the scope and tone of the book, Canty-Jones invited Thompson and PSU Black Studies Professor Emeritus Darrell Millner to serve as guest editors. They invited two dozen scholars for a discussion about the scope and framing of the material, then put out a call for proposals and sent out the resulting papers for peer review, followed by several rounds of revisions.

“It’s a scholarly work,” Thompson told The Skanner. “These are not my opinions or the authors’ opinions.

"This is research-based and peer-reviewed, and grounded in scholarship.” 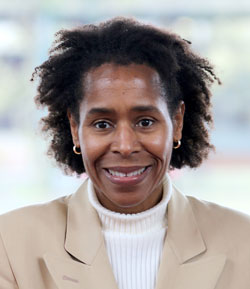 Contributors were provided with only an honorarium for their many hours of work, Canty-Jones said, and for many it was a labor of love and scholarship. For retired attorney Elden Rosenthal, it was also a particularly personal endeavor: His chapter, “White Supremacy and Hatred in the Streets of Portland,” was adapted from his own memoirs. He describes serving as co-counsel in the civil suit against Tom Metzger, who was found liable for the 1988 murder of Ethiopian student Seraw.

“It’s really kind of eye-opening and depressing overall, was my feeling about reading it,” Rosenthal said of the issue. “So it certainly is a very good resource, and I would hope that educators find a way to it. Because I think what’s happening in Portland is just a microcosm of what’s happening in the country. I’m really concerned and really fearful.”

Alexander Reid Ross, author and Geography instructor at PSU, co-wrote “From Nativism to White Power: Mid-Twentieth Century White Supremacist Movements in Oregon” for the issue. He had a different take-away from the dark chapters of Oregon’s history explored in the publication.

“If the role of policy is to act as a transformative articulation of political society, then it must contain an element of futurity—of desire—so studying history becomes a vital way of understanding how policies may impact future conditions,” Ross told The Skanner.

The Role of Resistance

Resistance was as important a focus to the guest editors as White supremacy, Thompson said.

“Part of the issue with resistance is to show the complexity of people’s lives, and what they were thinking and doing even as all these things were happening to them,” Thompson said. “That’s what really brings out their humanity, and then it really shines a light on the inhumanity that’s being put upon them. For example, how do you talk about Native American history outside the context of wars? The shaping of the narrative that way is a racialized power dynamic that people don’t even realize.”

“I love the way that the (OHQ) issue, from a lot of different angles, gives you that visceral sense certainly of the violence of what (white supremacy) has meant, but also the ongoing resistance to it from so many different angles,” Ogden told The Skanner, adding that the publication “gives all of us tools to really grapple with the beast.”

Ogden praised the issue’s cover image, which shows the Hollywood MAX station converted into a memorial soon after the 2017 train attacks. The ground is covered with flower bouquets, and chalk-drawn images of grief and solidarity are written all over the walls.

“I go through the MAX stop that’s on the cover nearly every day,” Ogden said. “The day that I picked up the journals and walked out of the MAX with an armload of them, it felt like there was a reckoning going on that was very important to me.”

Thompson said the OHQ special issue may well be the work she is most proud of, aside from her PhD dissertation.

“It’s just useful for wherever you are,” Thompson said. “It’s about meeting people where they are and just kind of pulling back the veil.

"It’s going to be uncomfortable.”