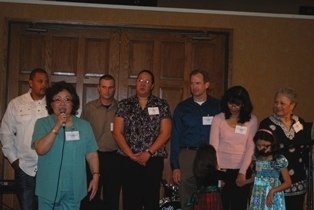 Friends and relatives of the late Dick Bogle gathered this weekend to celebrate his life and achievements. Attendees included a variety of those people Dick worked with in many of his assorted careers – police officer, television news reporter, city commissioner and jazz writer.
The entertainment at the celebration included many local jazz greats, including Thara Memory, Norman Sylvester and Friends, the Mel Brown Septet, Linda Hornbuckle, Janice Scroggins, King Louie and Baby James and many others.
Here is an excerpt from his obituary:
Richard was born in Portland to Richard W. and Kathryn Hall Bogle. His family home was on Tibbetts Street which his parents bought in the late 1920s. He attended Hosford Grade School, Washington High School, Oregon State College and Vanport/Portland State College. 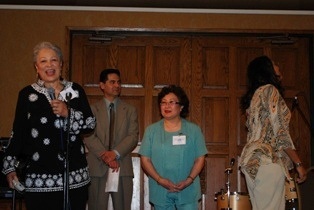 He was a Portland Police Officer from 1959 to 1968, serving in both uniform and plain clothes assignments. During several of those years he worked part time as a jazz reviewer and sports writer for the Portland Reporter Newspaper. In 1968, he became the first African American television news reporter in the northwest at KATU-TV. While there, he anchored and produced news programs as well as the first ever minority public affairs program.
In 1985, he won the first of two elections to the Portland City Council, being the second African American to be chosen by the electorate for that position. He retired in 1992, but resumed his interest in jazz and journalism, writing for "The Skanner" newspaper, the "Christian Science Monitor," "Downbeat" Magazine and a political opinion column for the "Senior Lifestyles" newspaper.
He was a producer-host for the Paragon Cable show, "Northeast Spectrum" and volunteered as a jazz DJ at KMHD for more than 15 years. He was an avid photographer and in 2008 joined the Portland Police Cold Case Unit. 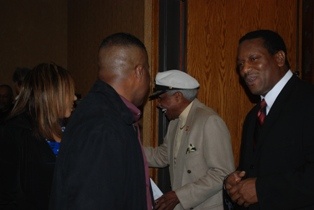 He married Nola Sugai Porter 33 years ago and they were members of the St. Philip the Deacon Episcopal Church at the time of his death. Between them they have five children, 13 grandchildren and three great-grandchildren.
The Jazz Society of Oregon established the Dick Bogle Scholarship Fund for eligible applicants on the basis of their serious dedication to the study of instrumental, vocal, theory, composition and arrangement of jazz music.
Donations can be sent to: Dick Bogle Scholarship Fund, c/o Jazz Society of Oregon, P.O. Box 19882, Portland, OR 97280.