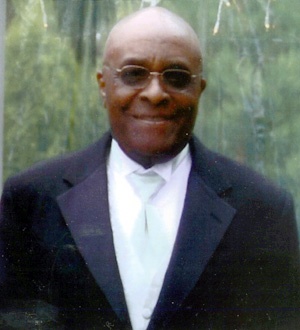 Marvis Lee Lambert was born in Fountain Hill, Arkansas on September 3, 1938 to the late Marvin Lambert and Everline Jacobs-Lambert, and was reared by his beloved step-father James Thomas Jacobs. He was an avid fisherman and lover of sports. He was brought up in the fear and admonition of God at the Longview Methodist Church.

He was educated in the Drew County Public School System in Lacey, Ark. During Marvis' vocational career he was employed by Portland Ship Yard, Ron Tonkin Chevrolet, Crown Zellerbach, and after 30 years of loyal service retired in 1998 from Oregon Steel Mill. Marvis was a hard working man, and during his tenure with Ron Tonkin Chevrolet and the Steel Mill he met every requirement for training and certification to receive promotion in his positions.

Though Marvis was not a man of many words, he never passed up the opportunity to sit and talk about "old times," which he and his family enjoyed doing. Oh yes, from time to time he'd call to get "the scoop" only to discuss it with his siblings. But, what sticks in the minds of his children and what they will miss are those calls he would make, not to say much, just to make sure they were okay. His in-laws will miss the love he showed toward them, even in his teasing and giving them a hard time. Many will miss his beautiful smile, and will always remember Marvis as a man of peace.

Even in Marvis' passing, he didn't want to know that his family was hurting. So he waited until 9:21 a.m., on Wednesday, July 1, 2009, when the family had momentarily left his bed side, before he died.