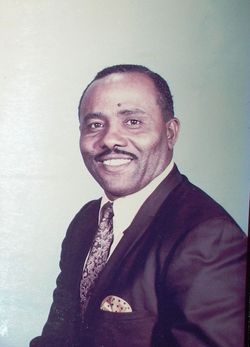 M.K. was born to Vannie Nickleberry and Everline (Sanders) Nickleberry on Jan. 31, 1921 in Cass County, Linden, Texas. Though he was one of 10 children, only four were a part of his household: Theodus, A. D., Novell, and Lathalia. All have predeceased M. K. His love of basketball got him a scholarship at Fairview High School/College where he attended until June, 1940.
The love of M. K.'s life was Cloteel Lula Warren. They met when he was 16 and she, 19. She thought he was "fresh" and told him he needed to "go git saved!" He accepted Christ — on his own — and they were married on March 8, 1941. M. K. ended up marrying her three times — then and two more times at their 25th and 50th wedding anniversaries. Cloteel preceded M. K. in death on Jan. 21, 2007, a few months before they would have celebrated 67 years of marriage.
M. K. served in the Armed Forces in World War II and was deployed to the southern Philippines. Military occupational specialty: Truck Driver, Light (drove 2½ ton truck hauling supplies, equipment, personnel). Military Qualification: Sharpshooter Rifle. He earned ribbons and medals, with 2 Bronze Stars.
Participating in amateur boxing was a source of tremendous fun for M. K. He said he'd put on a pair of gloves and the guys, usually older, would challenge him — even those from other areas. "Heels went up," he said "and pretty soon, I couldn't find anybody that wanted to box me."
At the age of 30, when he learned there was "work up North," M. K. headed for the Pacific Northwest. With his wife and children, R. C., Clauis, Faye, Patrishia, Billy Roy and baby Gerutha — just six weeks old — he became an Oregonian. He secured work at ESCO Steel Foundry where he worked for over 30 years until retirement in January of 1983.
M. K. loved cars — especially Buicks. He turned this into a ministry, finding dependable, affordable used cars for single moms and widows. He was very active in church, serving as a deacon, choir member, and Sunday School teacher at Vancouver Ave. Baptist Church, Maranatha and New Azusa Churches in Portland. In his final years, he was a faithful member of New Song Community Church.
He will be remembered for his infectious laugh and great sense of humor by children: R. C. (Gloria) Allen (Los Angeles, CA); Clauis (Claire) Nickleberry; Fayrene (Juba) Fulonni; Patrishia (Richard) Probasco; Billy Roy (Ginger) Nickleberry (Scottsdale, AZ); and Gerutha (Paul) Greenidge; 14 grandchildren; nine great-grandchildren; one great, great grandchild; a host of nieces, nephews, great nieces, great nephews, cousins; and many friends who have been blessed by knowing him.