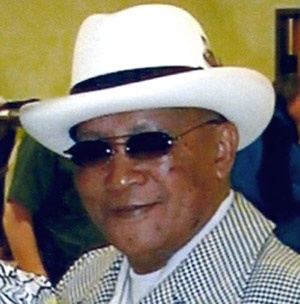 Robert Joe Ward (Baby Joe) died on July 12. He was 69.
Robert was born July 23, 1939 in Bryan, Texas to John Aaron Ward and Vallene Rayford-Ward Henry. He was the youngest of six children. He was educated in Bryan, Texas and a member of the U.S. Military where he was stationed in Germany.
In 1960 he moved to Portland, Oregon to be near his sister Laura Jean. He met and married Eurelene Warren in 1962. He worked for the Veterans Administration, The State of Oregon, and the U.S. Corp of Engineers, where he had the opportunity to travel to South America. Robert was a fun loving man with an infectious smile and laugh. He loved fried chicken, strawberry ice cream, dominoes, people and dressing sharp. He was also a member of the Urban League Senior Center where he had many friends. He also served on the Urban League Senior Center Advisory Committee until he was no longer able. Robert didn't have a church home, but did confess Christ as his savior before he died.
Preceding him in death are his parents John Aaron Ward and Vallene Rayford Ward Henry, Brother James Aaron Ward, and two sisters Johnny Mae Green and Laura Jean Small. He leaves to cherish his memory, son Torry J. Ward (Sheila); daughters Arleta Ward Christain (Phil) and Deanna R. Ward (Eddie) all of Portland, Oregon. Two sisters Dellene Farmer and Lovie Jewell Owens of Denver, Colorado. Eight grandchildren, one great-grandchild and a host of nieces and nephews.
Funeral arrangements were made by Terry Family Funeral Home.