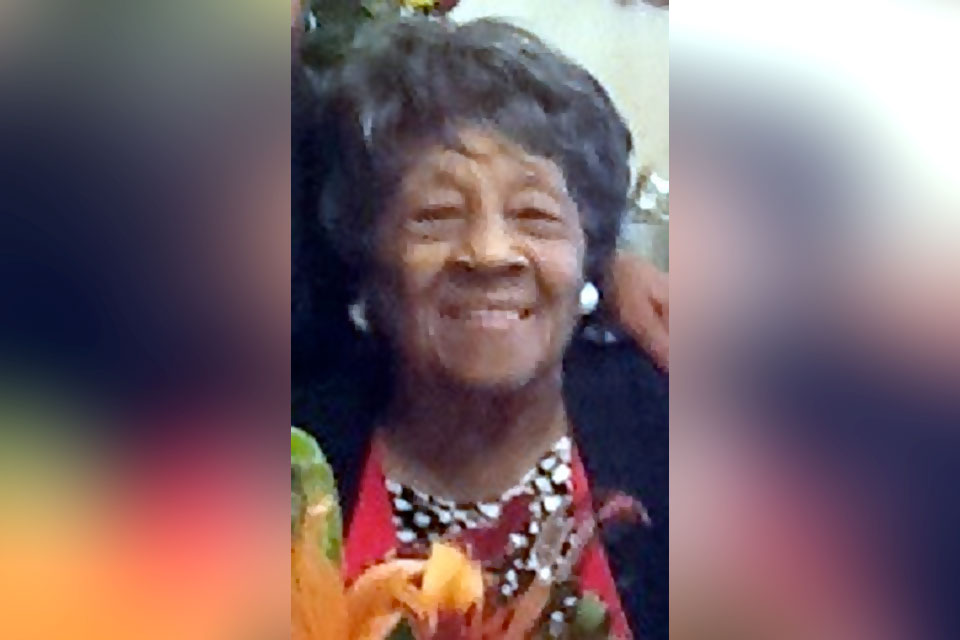 The Skanner learned only recently of the death of Geneva Jones, local television personality, long-time star of the Oregon Journal test kitchen, club woman and hostess extraordinaire. Jones, who broke through several glass ceilings, died on June 23 of this year. She will also be remembered by some in this community as the mother of three extraordinary basketball players, including Steve “Snapper” Jones, who enjoyed a long career as an NBA broadcaster. We were given a copy of the program distributed at her July memorial at Oak Grove United Methodist, and are republishing the insert prepared by the family describing the career of one of Portland’s most prominent Black women.

She graduated from Alexandria’s Peabody High School in 1939 and enrolled at Southern University in Baton Rouge, where she studied home economics for one year before leaving college to marry her sweetheart, Roman Darryl Jones. The couple moved to Vanport in 1942, where he worked in the shipyards and she stayed at home, raising their family, which would eventually include five children.

In the Vanport flood of 1948, the family of seven lost all their household goods and were left homeless. Betty and Gilbert Heald, a white Methodist family, offered to share their home because, as Geneva once told a newspaper interviewer, “Mr. Heald felt that it would be difficult for a Black family with five children to find housing after the flood.” Geneva remained a grateful life-long friend to the Heald family.

In 1949, she went to work part-time in the test kitchen of “Mary Cullen’s Cottage,” the Oregon Journal department that offered recipes and answered domestic questions from homemakers. In 1951, when all the children were in school, Catherine (Katy) Laughton, director of the Cottage, prevailed upon Geneva to go to work full time. Geneva accepted, but only after she was promised that she could participate in activities concerned with the children while working. At that time, she was a homeroom mother, Cub Scout den mother and Sunday school teacher.

Geneva regarded Katy Laughton as the greatest teacher she ever had. It was she who encouraged Geneva to perfect her God-given talent with foods. “She provided motivation and helped me attend every special class that came along. Most of what I know about food I know from Katy.” By the time she left the Journal, in 1961, and went to work for Pacific Power & Light as a home adviser, the newspaper had made Geneva famous, running her recipes, her photo, her witticisms and advice with great regularity. Long after she left the Journal staff, the newspaper was still printing the recipe for “Geneva’s Wedding Punch” because there were so many calls for it.

She became a frequent television presence on KATU’s AM Northwest, one of the nation’s longest-running morning shows, demonstrating how to cook elaborate holiday meals and offering time and money-saving tips. She was, effectively, a one-woman public relations team for the utility, and once a year they ran a full-page ad in the Journal that read: “IF YOU THINK PACIFIC POWER IS JUST AN ELECTRIC COMPANY, YOU HAVEN’T MET GENEVA JONES.” With this exposure came many invitations to speak, from small groups of Head Start mothers, to the large audience assembled at the Memorial Coliseum for the Pacific Northwest Restaurant Convention, for whom she demonstrated her showy cornucopia fruit salad.

Despite the whirl of work and celebrity, family always remained at the center of Geneva’s life. All her five children attended the University of Oregon, and from 1958 through 1967, Geneva never missed a Mother’s Weekend at the university. Sometimes she went for Dad’s Weekend as well, when husband Roman could not take time off the job.

She took on volunteer activities with energy and creativity: organizations which she served, often as an elected officer, include the executive committee of the Columbia River Girl Scouts; the Portland chapter of Links, Inc., a national service organization of Black women who support cultural and educational opportunities; the Women’s Advertising Club of Portland; the Electrical Women’s Round Table; and the congregations of the three area Methodist Churches to which she had belonged.

Geneva lived a Christian life of joy and gratitude, liberally giving encouragement, praise, assistance and thanks to others. A consummate hostess at home, she kept the freezer full and her house ready for company, “Because guests are never far away.”

On Wednesday, June 23, 2021, Geneva Banks Jones passed away peacefully in her home, her two daughters by her side. “My children have been my greatest accomplishment,” she once told Oregonian writer Ellen Heltzel.

Geneva was predeceased by her husband and sons Roman, Jr. and Steve, but three of her children remain to mourn her: Jo Watts, Margot Allen, Nick Jones, and an “adopted” son, Roland Gilchrist, along with four grandchildren, nine great-grandchildren, and Nita Wright, who considered her “Grandma.”

Memorial gifts may be made to the Camp Scholarship Fund of Oak Grove United Methodist to send children to church camp, or to Links Incorporated, which provides scholarships to Black youth at https://linksinc.org.