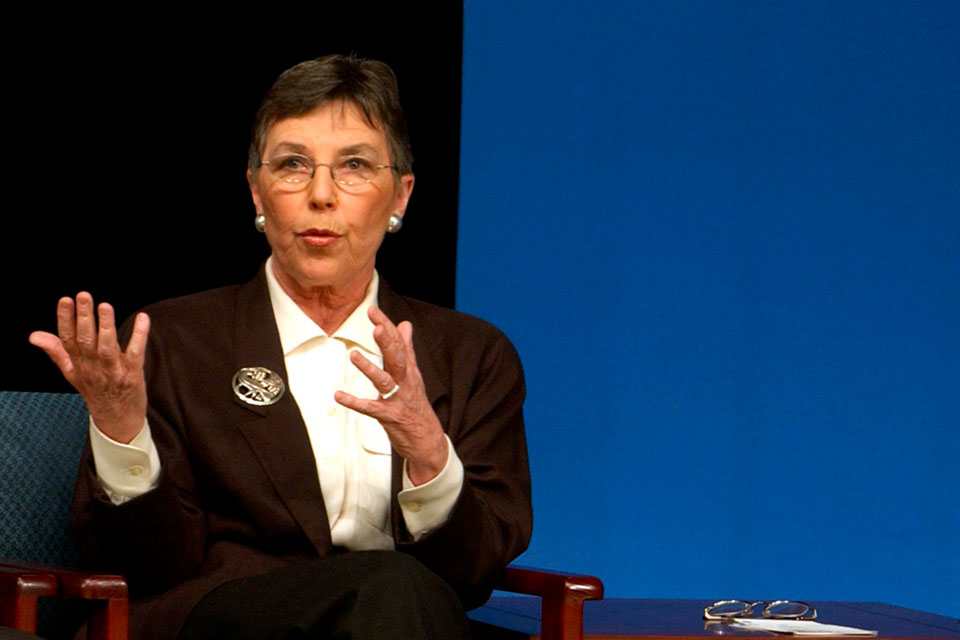 PORTLAND, Ore. (AP) — Elizabeth Furse, who represented northwestern Oregon in Congress for three terms in the 1990s, has died from complications related to a fall, her former husband said.

She was 84 and died Sunday, said John Platt.

The Oregonian/OregonLive reported that Furse championed the rights of Native Americans and helped five Oregon tribes regain federal recognition. She also worked to advance the rights of women, children, and farmworkers and advocated for peace and nuclear disarmament and environmental regulation, and land-use rules.

The Democrat was first elected in 1992 to the U.S. House representing Oregon’s 1st District without ever having held elected office before.

After she left Congress at the end of her third term in 1999, she became the founding director of Portland State University’s Institute for Tribal Government. She also co-owned and operated the Helvetia Winery.

“We will miss her contributions and guidance and we will always be grateful for her time representing Oregon and at Portland State.”

Furse, who was born a British citizen in Kenya when it was still a British colony, grew up mostly in South Africa and was active in the anti-apartheid movement when she was a young woman. She married a U.S. citizen and became a citizen after moving to the United States.

Furse is survived by her children, Amanda Briggs of Beaverton and John Briggs of Seattle, and by Platt, who was her second husband.