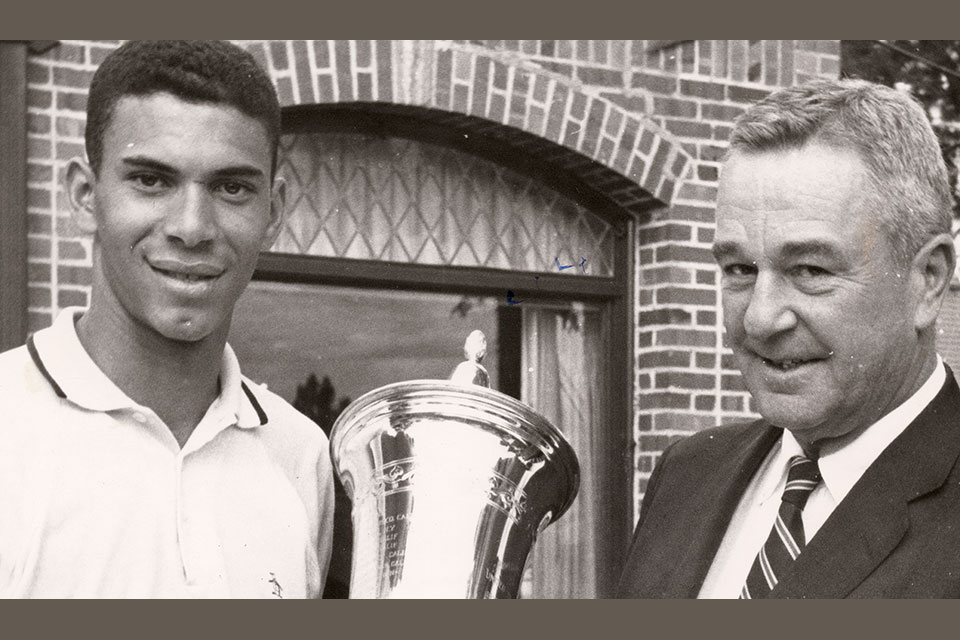 William Wright, the first Black golfer to claim a USGA championship, died on Feb. 19 at the age of 84 in his adopted hometown of Los Angeles. In 1959, Wright defeated Frank Campbell, 3 and 2, in the final match of the U.S. Amateur Public Links Championship at Wellshire Golf Course in Denver. It was a seminal moment in USGA history, even though the 23-year-old Wright initially considered himself only as a national champion, not the first Black to hoist a USGA trophy.

“He felt so thrilled to be the best golfer that day, not the best Black golfer,” said Ceta Wright, who was married to Bill for 60 years, in an interview with the Seattle Times. “And, of course, afterward he realized that he was a barrier breaker and that was important to him.

It was important to everyone, really, and especially in the Black community.”

Shortly after the trophy presentation, a Seattle journalist called Wright and asked what it was like to be the first African American to win a national championship. Wright, who was about to enter his senior year at Western Washington College, slammed the phone down.

"It just hit me that other people were thinking [about race]. I was just playing golf.”

Wright competed that week with only 12 clubs: two woods, nine irons and a putter. His opponent from Jacksonville, Fla., had been a professional for four years before regaining his amateur status and returning to the insurance business. 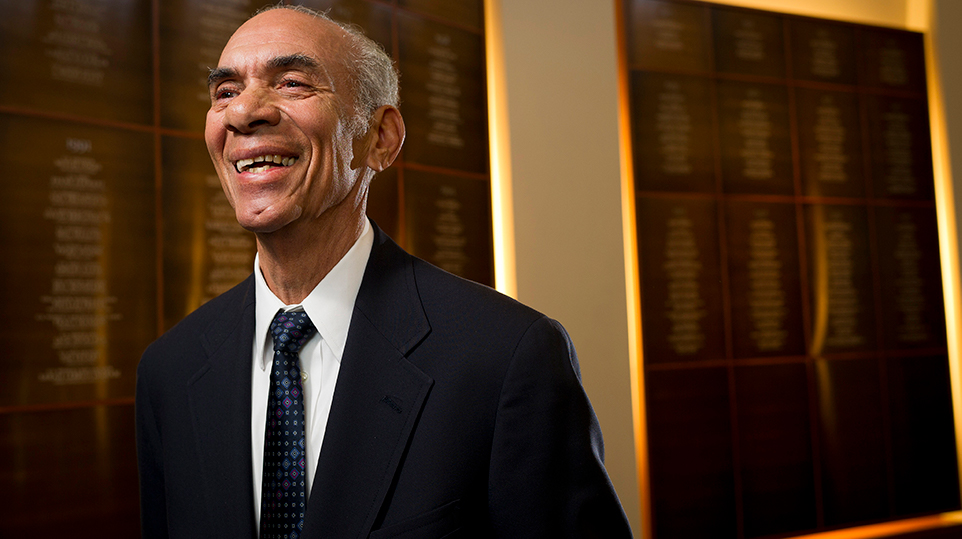 When Bill Wright visited Golf House in 2012 and becomes emotional looking at his name on the James Standish Trophy in the USGA Golf Museum’s Hall of Champions. (Photo/USGA)Wright was born in Kansas City, Mo., in 1936, the only child of Bob and Madeline Wright. His father was a postman and his mother a schoolteacher. The family moved to Portland, Ore., when he was 12 and later to Seattle, where Wright was introduced to the game by his father at Jefferson Park, the same municipal course where future Masters champion Fred Couples honed his skills.

Wright’s competitive spirit translated nicely to golf. When his father, who qualified for the 1963 APL, pointed out the city junior golf champion and told his son that he could never beat him, Wright took it as a challenge. One year later he captured the city title.

Although he was one of the top golfers in the state, neither of the two major Division I colleges in town – the University of Washington and Seattle University – offered him a scholarship. Wright decided to attend Western Washington in Bellingham, a small town near the Canadian border.

Racism in the sport, Pacific Northwest

Even in that tiny corner of the Pacific Northwest, Wright encountered racism. Despite the fact he was a state champion, he was not welcomed by the local country club. When the golf coach told him the club was planning to withdraw privileges for the team, Wright chose to practice alone at a rustic four-hole facility nearby.

“The golf coach sat me down and told me that if anything happened on campus that upset me or wasn’t right, I should come and tell him and he would deal with it,” said Wright in the golf.com story. “But he let me know that if anything happened down in Bellingham, there wasn’t much that he could do. It turns out that Negroes, as we said back then, on their way from California to relocate in Canada had been arrested in Bellingham for simply looking in shop windows.”

Wright went on to win the 1960 NAIA national title, one year after his APL triumph. In 1968, Wright was among seven inductees in the first Hall of Fame class for Western Washington athletics.

“We have lost a hero, but the advice and lessons that Bill provided will have a lasting impact for generations to come,” Steve Card, the athletic director at Western Washington, told the Seattle Times.

“The term great or greatest gets tossed around loosely in the sports world. Bill Wright was a great human being.”

At the 1959 APL, Wright had barely qualified for match play. After four comfortable victories, he one-putted 23 of 36 greens in defeating 1957 champion Don Essig III in the semifinals, 1 up. At the time, semifinal matches were contested over 36 holes.

Winning the championship meant that Wright was invited to play in the U.S. Amateur later that summer at The Broadmoor in Colorado Springs, Colo., where racism again reared its ugly head. As Wright prepared for his first practice round, two competitors who were scheduled to play with him refused. When 1916 champion Charles “Chick” Evans saw what was happening, he invited Wright to join him. Evans had two up-and-coming players with him: Jack Nicklaus and Deane Beman. Nicklaus would win the first of his two U.S. Amateur titles that year and Beman went on to win in 1960 and 1963, en route to Hall-of-Fame careers – Nicklaus as a player and Beman as PGA Tour commissioner.

“Evans said he knew what the problem was and asked me if I’d like to play in his group,” Wright recalled. “One was Deane Beman … and the other was a heavy-looking guy. I looked at him and thought, heck, how can he play? That was Jack Nicklaus.”

Wright completed his bachelor’s degree in education and he and Ceta got married. He began teaching at an elementary school in the Watts section of Los Angeles. In the late 1950s, playing professional golf as a Black man remained a pipe dream, as the PGA of America still had a Caucasian-only clause, which finally was lifted in 1961, thanks to pioneers such as Charlie Sifford, Ted Rhodes and Bill Spiller.

Wright, who idolized Sam Snead and made it a point to watch him whenever he played in the Pacific Northwest or Los Angeles, eventually joined the PGA Tour, but found it difficult to land sponsorship.

“[Singer] Nat King Cole was once going to sponsor me,” said Wright. “There was talk of a doctor in Seattle putting in for the other half [sponsorship], but it all went wrong. And then Johnny Mathis made an approach to sponsor me, but he had some business difficulties so that never worked out.”

Wright did qualify for the 1966 U.S. Open at The Olympic Club and five U.S. Senior Opens, but he derived much of his income as a golf instructor. He often taught at The Lakes at El Segundo, a nine-hole, par-29 executive course not far from Los Angeles International Airport.

As the years went on, Wright became more and more proud of his APL achievement. When he visited Golf House in 2012 for a symposium on Blacks in the game, he became emotional looking at his name on the James Standish Trophy in the USGA Golf Museum’s Hall of Champions.

David Shefter is a senior staff writer for the USGA.