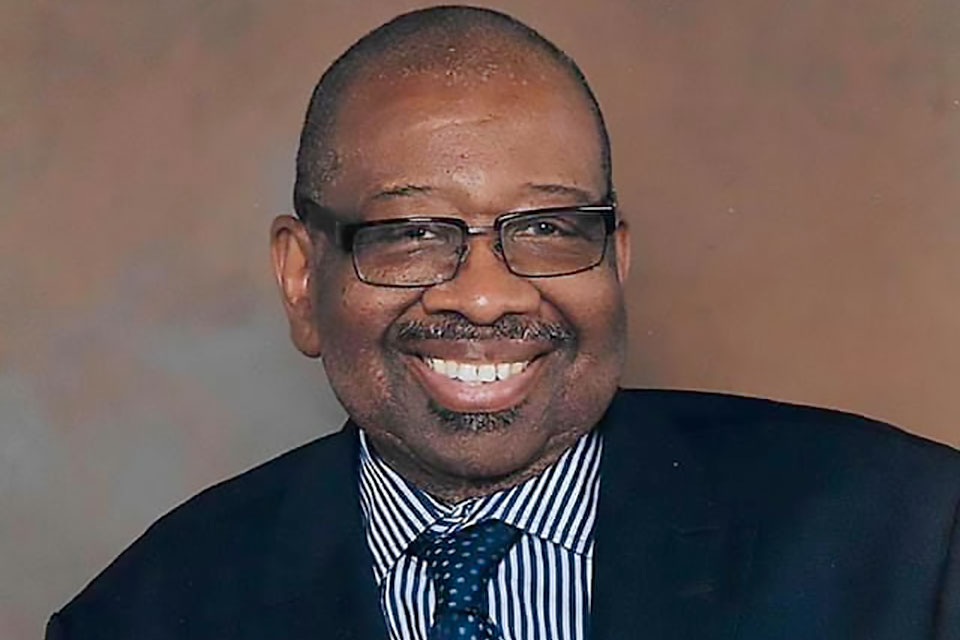 As pastor of Maranatha Church for 26 years, Bethel was known for offering warmth and community to an increasingly diverse congregation in the rapidly gentrifying Sabin neighborhood.

"He was always welcoming," Portland City Commissioner Jo Ann Hardesty told The Skanner. "It didn't matter what your faith tradition was, he was always open to conversations and dialog and building bridges. That's what I'm going to miss.

"On some of my hard days, I'd definitely give him a call."

Bethel recently served as president of the Albina Ministerial Alliance's Coalition for Justice and Police Reform, an ecumenical group that pushed for transparency and reform in local law enforcement, often in response to killings by police.

Pastor Alonzo Chadwick of Maranatha likened working with Bethel, who until his death was pastor emeritus of the church, to “working with a local legend, an icon.”

“I really felt like he is the embodiment of what it must've been like to work with Dr. King during the civil rights movement,” Chadwick told The Skanner.

“For the community, for minority folks, he always wanted to make sure those voices were centered and heard, and also to use his voice to give voice and power to them.”

Chadwick grew up attending a different church in Portland and was long aware of Bethel, but became closer with him in the past seven years.

“The thing that I appreciated the most was that I’m born and raised in the church, but I was very passionate about social justice and activism, and every time I went to a community event, he was there,” Chadwick said. “That spoke volumes to me. As one who grew up in the church, I didn’t see a lot of pastors at these events.”

Chadwick said that with Maranatha’s loss, he wants to remain present in the community.

“I want to make sure Maranatha is a place that the community knows they can come to, not just as a church,” he said. “During the civil rights movement, the church was where we strategized and mobilized, and Dr. Bethel definitely did that, holding town halls and forums. I want to make sure as long as I’m at Maranatha, we continue to carry that legacy on.”

“He taught me how to navigate your love and your passion for your faith as well as being passionate and having a love for the community, and being able to navigate worth through a spiritual lens,” Chadwick said. “And how you stay level-headed, and really just to use my platform in a way that really centers the community and not just myself. He did that in such a magnificent way that I know it’s almost impossible to embody that, but I strive. I often told him, I’m striving to master what he’s mastered.”

"We are deeply saddened by the loss of Dr. T. Allen Bethel, a pioneer for racial justice in Portland," Portland Police Chief Chuck Lovell said. "We strive to continue to do our part to achieve his vision for our community."

"Dr. Bethel was a visionary leader who reminded us all that the first duty of society is justice," Williams said in a statement.

"He was a leader with incredible strength, courage, faith, and dignity. His words stirred passion and his work stirred action. People listened when he spoke because of his impeccable character, poise, and passion for change."

Bethel had served for a decade as pastor at Shawmut Community Church in Boston, Massachusetts prior to moving to Portland. He often claimed he fell into the role of civil rights leader as though by some accident of necessity when he arrived in the Pacific Northwest.

"In my 30 years here, he has always been at the front of every civil rights struggle that we've had," Hardesty said, praising Bethel for his response to the police killings of Portlanders like Kendra James. "What I love about the Rev. Dr. Bethel is he would meet with the family -- he actually taught me that -- and followed the family's lead, so it was never him getting out into the media, it was, 'What do you need as the family of someone who's lost their lives at the hands of the police?'"

Hardesty said she also admired his openness to a wide range of perspectives.

"He was more conservative than I am, but the fact that he created space so that I could tell community members, his congregation, my feelings on the anti-gay ballot measures," Hardesty said. "Ultimately he said 'It's between you, your ballot,and God.' He trusted me enough to know I would not be disrespectful to him or his church or his beliefs, and that's how we've worked together these last 30 years."

"At this fraught time of racial reckoning and injustices he taught us love over hate, guiding with words and his actions," Rosenblum said. "A great man, he will be deeply missed."

"Dr. T. Allen Bethel was a strong and eloquent voice in Portland who brought grace and wisdom in his work for justice and stronger community," Sen. Ron Wyden (D-Ore.) said. "I'm sad to learn of my friend's passing. My condolences to his family and loved ones. He will be hugely missed."

The Multnomah County District Attorney issued a similar sentiment: "Our office is saddened by the passing of Dr. T. Allen Bethel, a cherished member of our community, who dedicated his life to fighting injustice and inequality. His compassion, leadership and advocacy will be our collective motivation to carry on his work of doing what is right."

"We owe gratitude to Dr. T. Allen Bethel for his leadership and guidance in our community," Mayor Ted Wheeler agreed.

"It is such a huge loss to the community," Hardesty said, "but man did he give us a lot while he was here."

He is survived by his wife Daphne, to whom he was married for 42 years; his son Allen, his daughter Monica, his sisters Mary Smith of Columbia, SC; Patricia Joyner of Brooklyn, NY; brothers William Jones of Brooklyn, NY; Samuel Jones of Orlando, Fla.; Jack Jones of Queens Village, NY; and many nieces, nephews, cousins, and grandchildren.

Public viewing will be held Tuesday, December 29, 3:00 p.m. - 6:00 p.m. at Maranatha Church of God located at 4222 NE 12th Ave. According to COVID protocol for Multnomah County, there will be temperature checks, and masks, and 6 ft. social distancing is required. Details for live streaming of the service will be announced on Maranatha Church's Facebook page.