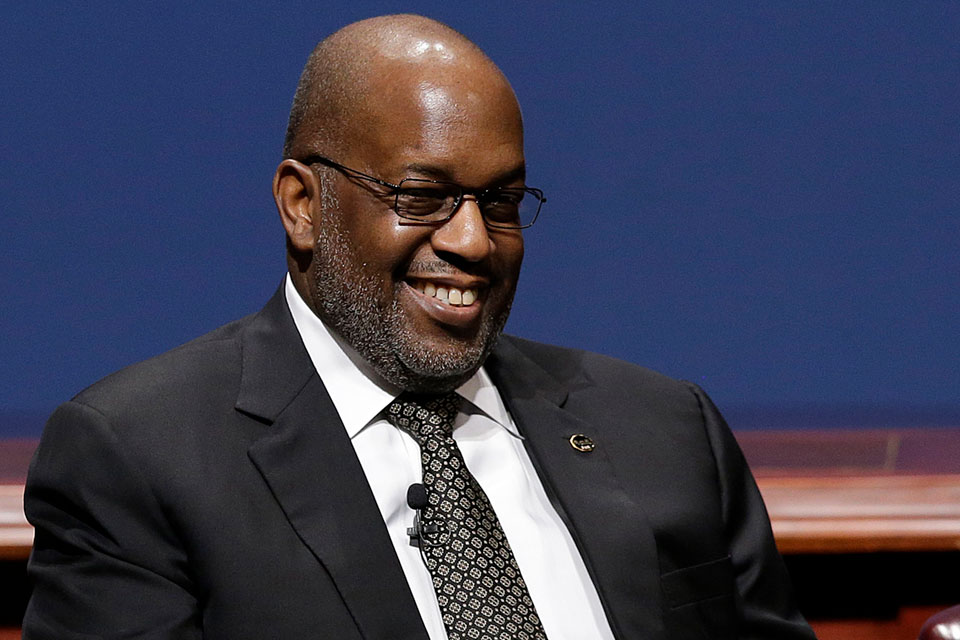 Tyson was the first African American to head Kaiser Permanente as CEO when he took that position in 2013 after filling a number of roles over three decades at the company.

No other details were provided in the company's announcement, which said that Tyson died in his sleep early Sunday.

The board of directors has named Executive Vice President Gregory Adams as interim chairman and CEO.

Tyson, who worked at Kaiser Permanente for more than 30 years in roles including hospital administrator and chief operating officer, had been on Time magazine's list of the world's most influential people and one of the "Health Care 50."

“Bernard Tyson was a trailblazer, a visionary, and a very dear friend. The son of a minister and a homemaker, Bernard never forgot where he came from and always stayed true to his values. His extraordinary life story shows us all what is possible in America. As an African-American CEO of one of America’s most important companies, Bernard was constantly in the public eye. He embraced his opportunity to be a change maker, and he leaves behind a staggering legacy of accomplishments in his too-short life. I’m heartbroken to lose a brother and dear friend, a statesman and gentleman, and my heart goes out to Denise, their beautiful family, his employees, and all those whose lives he touched.”

"We will greatly miss him," Pei said in the company's news release. He added that the board "has full confidence in Greg Adams' ability to lead Kaiser Permanente through this unexpected transition."

The head of Covered California, an independent state agency that focuses on health insurance, said Tyson's "vision and laser focus on increasing access, quality and affordable health care coverage for all has helped transform Kaiser and had a positive impact on the entire health care system."

"His efforts will have a lasting imprint on California and the nation," the agency's Executive Director Peter Lee said in a statement.

While at Kaiser Permanente, he was a member of the Bay Area Council, a business-led public policy organization advocating for a strong economy for area residents.