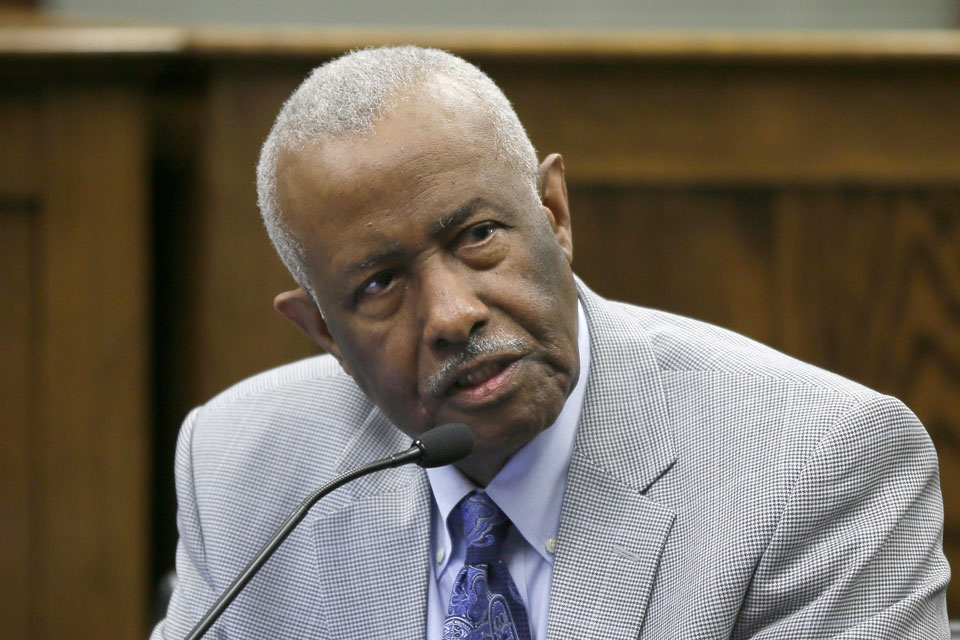 LITTLE ROCK, Ark. (AP) — John Walker, an Arkansas lawmaker and civil rights attorney who represented black students in a long-running court fight over the desegregation of Little Rock area schools, has died. He was 82.

The Pulaski County coroner said Walker died at his Little Rock home Monday morning but the cause of death was not yet known. Funeral arrangements are pending.

Walker, a Democrat, had represented a Little Rock district in the state House since 2011. He had been involved in some of the state's most high-profile discrimination and civil rights cases, including the desegregation case, which stemmed from a 1982 lawsuit the Little Rock school district filed against the state and neighboring districts over racial disparities that remained decades after the 1957 integration of Central High School.

"What he did in this state made a difference for everyone in this state," state Sen. Joyce Elliott, chairwoman of the Legislative Black Caucus.

"I don't think everyone will realize the full measure of that for quite some time."

Federal judges have ruled Little Rock and North Little Rock schools substantially complied with a 1998 desegregation plan, and the two remaining districts in the case are seeking release.

Former President Bill Clinton praised Walker as a "devoted public servant who spent his life fighting to give all Arkansans the opportunity to succeed."

"From the courtroom to the Capitol, he never wavered in his pursuit of justice or his belief that a democracy only works when everyone can participate fully," Clinton said in a statement.

"I'm grateful for his more than 40 years of friendship and the way he lived his life, giving and serving until the very end."

Walker had also represented former Razorbacks basketball coach Nolan Richardson in his unsuccessful lawsuit against the University of Arkansas challenging his 2002 firing. Richardson had claimed he was fired because he was black and that his free-speech rights were violated.

"He was always the underdog, but would fight to be on top," Richardson said Monday.

In recent years, Walker criticized the state's 2015 takeover of the Little Rock School District because of low test scores at several schools. A federal judge in 2016 dismissed a lawsuit filed by Walker and other attorneys that claimed the takeover was motivated by racial discrimination. The state earlier this month voted to return control of the district to a local board that will be elected in November 2020.

"John always was a gentleman and proved every day that you can get along with people even though there may be disagreements," Republican Gov. Asa Hutchinson said in a statement. "He worked tirelessly for the causes he championed and for the people he represented."

Walker spoke out in the House whenever he believed legislation's impact on African-Americans wasn't being considered and was an outspoken opponent of voter ID requirements. A 2013 voter ID law was struck down by the state Supreme Court, but the Republican Legislature passed a reworked version in 2017 and voters last year placed the requirement in the state's constitution.

"I dare say you'll find any of your colleagues in this body of my color who will support this," Walker said from the House floor as he opposed the 2013 measure. "It doesn't matter what their leanings are. What you're doing in effect is saying we don't care about what you think, we're going to do this anyway."