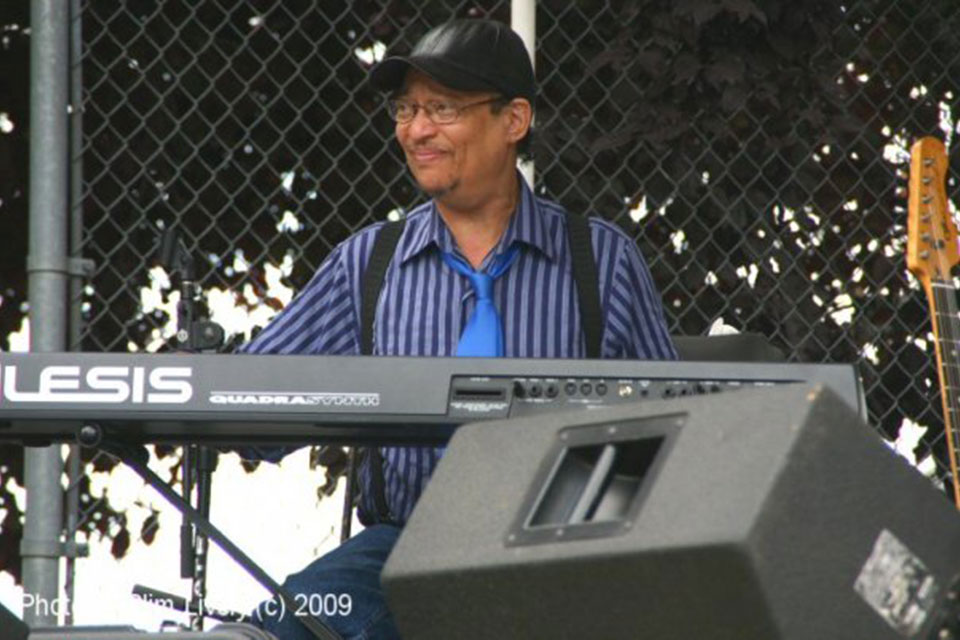 Frankie Redding Jr. was born in Portland, Ore. Oct. 29, 1946 and passed away from complications with diabetes Sunday morning Sept. 22, 2019.

His parents, Frankie Redding Sr. and Maidie L. Horn (both deceased) were from Aberdeen, Mississippi from the Choctaw Indian Reservation, and had two daughters there before they moved to Portland, Ore. in 1946. Frankie’s sisters were Corine Scarborough and Lorraine Danlie (both deceased.)

Frankie was born into a musical family. Corine sang in church and Lorraine played piano. He got his early start in music at home trying to imitate his Lorraine on piano, which she later taught Frankie to play. Frankie also had an interest in playing Alto and Tenor saxophones in School and in his early bands but later switched to the B3 Organ and Keyboard as his chosen instruments.

Frankie “the Funkmaster” as he was known, performed as a professional musician since he was fifteen years old. He started at The Cotton Club in Portland when he was still attending Jefferson High School, sitting in on the B-3 organ for the dynamic Billy Larkin. During his career Frankie has performed with national acts including Tyrone Davis, Etta James, and Terry Evans. Frankie also played with many regional acts; The Royallaires, Wine, Vanilla Manila, City Lights, The Arnold Brothers, The Staple Brothers, The Norman Sylvester Band, Richard Day Reynolds and many others.

Along with his joy of music, Frankie loved collecting movies and vintage action figures. He was known for his keen sense of fashion and had a smile and laugh that would light up the room. He is loved by his family, friends and fans that will miss him terribly.