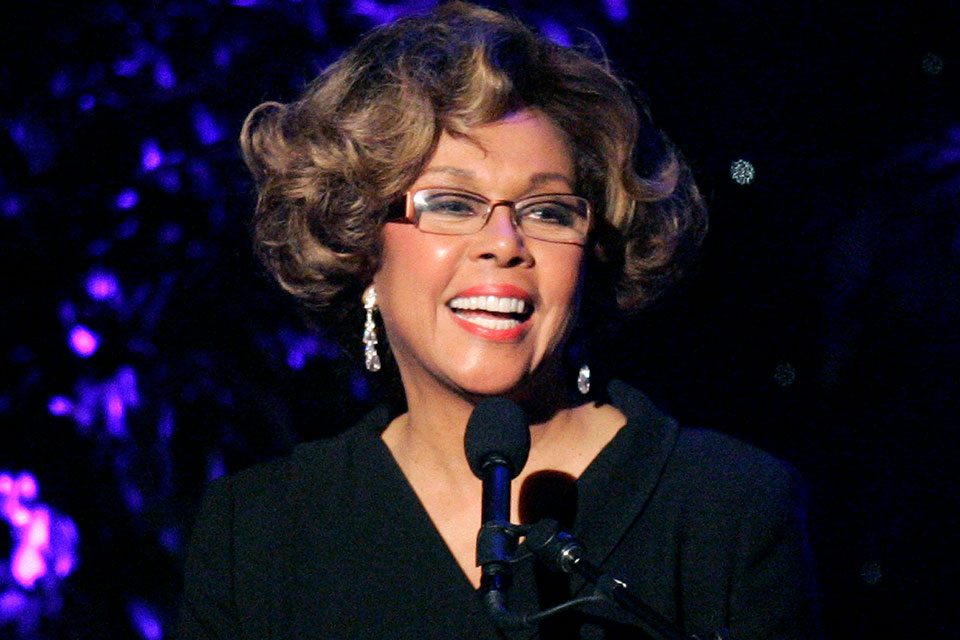 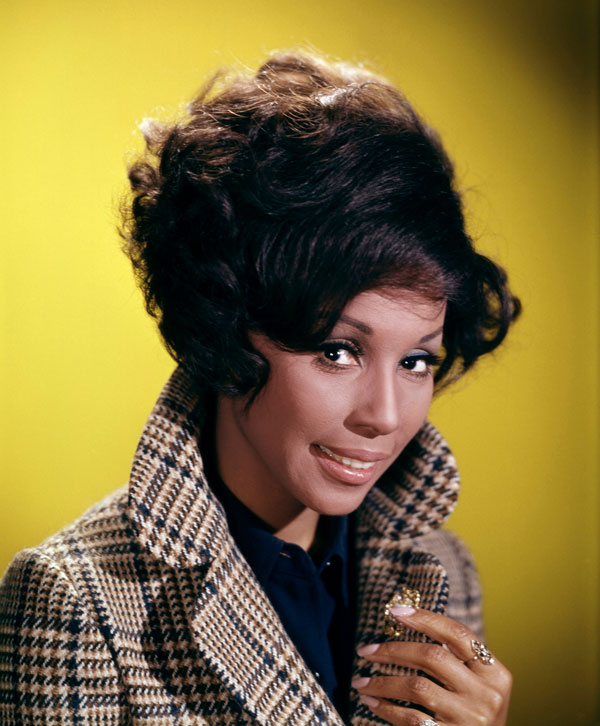 This 1972 file image shows singer and actress Diahann Carroll. Carroll died, Friday, Oct. 4, 2019, at her home in Los Angeles after a long bout with cancer. She was 84. (AP Photo/Jean-Jacques Levy, File)NEW YORK (AP) — Diahann Carroll, the Oscar-nominated actress and singer who won critical acclaim as the first Black woman to star in a non-servant role in a TV series as "Julia," has died. She was 84.

During her long career, Carroll earned a Tony Award for the musical "No Strings" and an Academy Award nomination for best actress for "Claudine."

But she was perhaps best known for her pioneering work on "Julia." Carroll played Julia Baker, a nurse whose husband had been killed in Vietnam, in the groundbreaking situation comedy that aired from 1968 to 1971.

"Diahann Carroll walked this earth for 84 years and broke ground with every footstep. An icon. One of the all-time greats," director Ava DuVernay wrote on Twitter. "She blazed trails through dense forests and elegantly left diamonds along the path for the rest of us to follow. Extraordinary life. Thank you, Ms. Carroll."

Although she was not the first Black woman to star in her own TV show (Ethel Waters played a maid in the 1950s series "Beulah"), she was the first to star as someone other than a servant.

NBC executives were wary about putting "Julia" on the network during the racial unrest of the 1960s, but it was an immediate hit.

It had its critics, though, including some who said Carroll's character, who is the mother of a young son, was not a realistic portrayal of a Black American woman in the 1960s.

"They said it was a fantasy," Carroll recalled in 1998. "All of this was untrue. Much about the character of Julia I took from my own life, my family."

Not shy when it came to confronting racial barriers, Carroll won her Tony portraying a high-fashion American model in Paris who has a love affair with a White American author in the 1959 Richard Rodgers musical "No Strings." Critic Walter Kerr described her as "a girl with a sweet smile, brilliant dark eyes and a profile regal enough to belong on a coin."

She appeared often in plays previously considered exclusive territory for White actresses: "Same Time, Next Year," ''Agnes of God" and "Sunset Boulevard" (as faded star Norma Desmond, the role played by Gloria Swanson in the 1950 film.)

"I like to think that I opened doors for other women, although that wasn't my original intention," she said in 2002.

Her film career was sporadic. She began with a secondary role in "Carmen Jones" in 1954 and five years later appeared in "Porgy and Bess," although her singing voice was dubbed because it wasn't considered strong enough for the Gershwin opera. Her other films included "Goodbye Again," ''Hurry Sundown," ''Paris Blues," and "The Split."

The 1974 film "Claudine" provided her most memorable role. She played a hard-bitten single mother of six who finds romance in Harlem with a garbage man played by James Earl Jones. 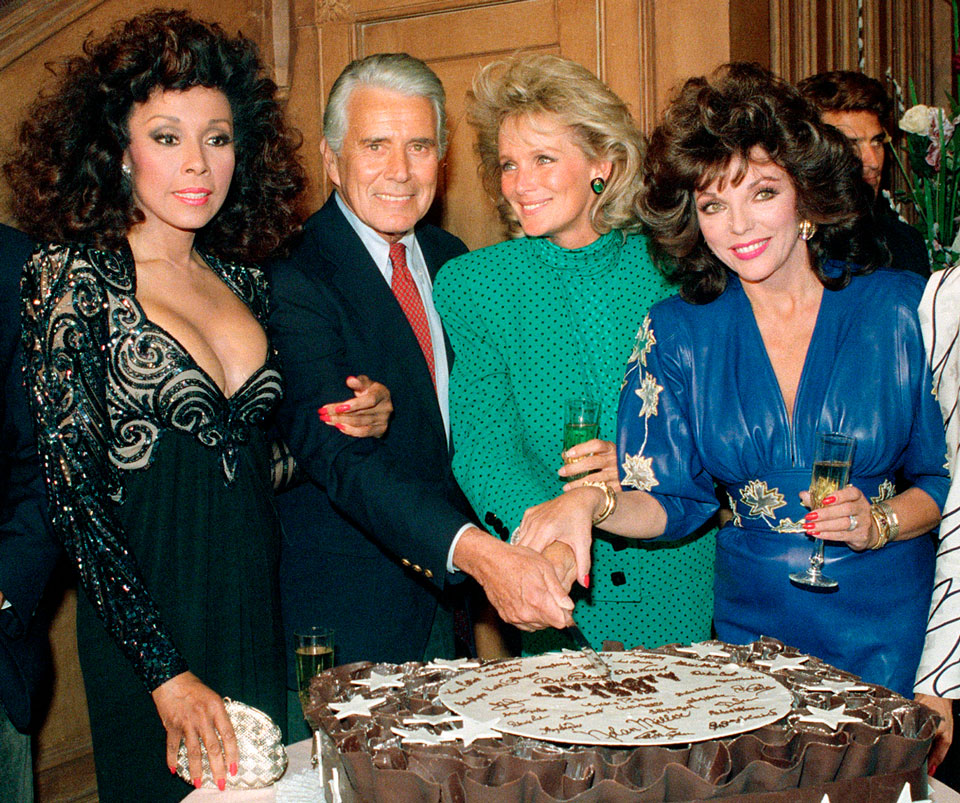 This Sept. 24, 1986 file photo shows, Diahann Carroll, John Forsythe, Linda Evans and Joan Collins from "Dynasty" cutting a cake to commemorate the production of 150 episodes of the show in Los Angeles. Carroll died, Friday, Oct. 4, 2019, at her home in Los Angeles after a long bout with cancer. She was 84. (AP Photo/Reed Saxon, File)In the 1980s, she joined in the long-running prime-time soap opera "Dynasty" as Dominique Deveraux, the glamorous half-sister of Blake Carrington; her physical battles with Alexis Carrington, played by Joan Collins, were among fan highlights. Another memorable role was Marion Gilbert, as the haughty mother of Whitley Gilbert (played by Jasmine Guy) on the TV series "A Different World."

"Diahann Carroll you taught us so much. We are stronger, more beautiful and risk takers because of you. We will forever sing your praises and speak your name. Love Love Love, Debbie," wrote actress, dancer and director Debbie Allen, who was a producer on "A Different World."

More recently, she had a number of guest shots and small roles in TV series, including playing the mother of Isaiah Washington's character, Dr. Preston Burke, on "Grey's Anatomy" and a stretch on the TV show "White Collar" as the widow June.

She also returned to her roots in nightclubs. In 2006, she made her first club appearance in New York in four decades, singing at Feinstein's at the Regency. Reviewing a return engagement in 2007, a New York Times critic wrote that she sang "Both Sides Now" with "the reflective tone of a woman who has survived many severe storms and remembers every lightning flash and thunderclap."

Carol Diann Johnson was born in New York City and attended the High School for the Performing Arts. Her father was a subway conductor and her mother a homemaker.

She began her career as a model, but a prize from "Arthur Godfrey's Talent Scouts" TV show led to nightclub engagements.

In her 1998 memoir "Diahann," Carroll traced her turbulent romantic life, which included liaisons with Harry Belafonte, Duke Ellington, Miles Davis, Sammy Davis Jr., Sidney Poitier and David Frost. She even became engaged to Frost, but the engagement was canceled.

Her most celebrated marriage was in 1987, to singer Vic Damone, and the two appeared together in nightclubs. But they separated in 1991 and divorced several years later.

After she was treated for breast cancer in 1998, she spoke out for more money for research and for free screening for women who couldn't afford mammograms.

"We all look forward to the day that mastectomies, chemotherapy and radiation are considered barbaric," Carroll told a gathering in 2000.

Besides her daughter, she is survived by grandchildren August and Sydney.

Bob Thomas, a long-time and now deceased staffer of the Associated Press, was the principal writer of this obituary.