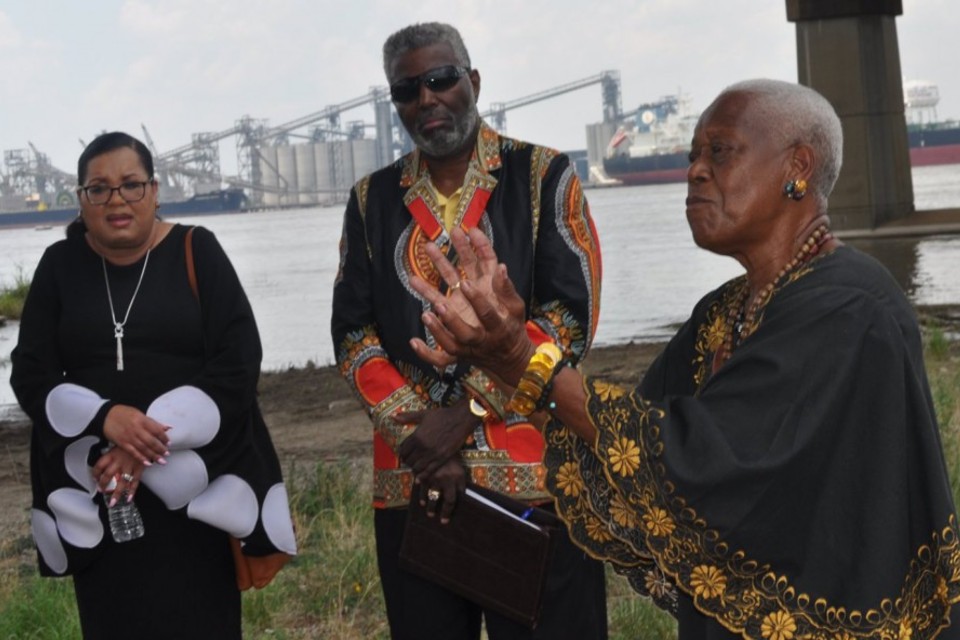 BATON ROUGE —For more than three decades, Sadie Roberts-Joseph was an exceptional force of civic and cultural life in Baton Rouge. Often called an activist, matriarch, and a ‘tireless advocate of peace,’ the 75-year-old founder of the city’s African-American history museum was found dead in the trunk of a car on Friday, July 12, about 3 miles from her home. Police did not explain what led them to the car where they found her body.

Investigators believe she was suffocated before her body was found. Within days, Baton Rouge Police arrested and charged a male tenant from one of Roberts-Joseph’s rent houses with her murder. He was allegedly $1,200 behind in his rent.

“You stole light,” said her son Jason Roberts. “You stole a warm, loving, giving and caring woman and it wasn’t just for her family. She cared for the city. She cared for you. Her life should not have ended that way. She did not deserve that, but she would want forgiveness for you.”

In 2001, Roberts-Joseph founded the Odell S. Williams Now & Then African American Museum, which features exhibits of African art and tells the stories of minority inventors. It also includes displays of historical artifacts from the civil rights era, including a 1963 bus used during the Baton Rouge boycotts.

Leading up to this year’s Juneteenth Celebration, she’d begun rebranding the museum as the Baton Rouge African American History Museum, which some recognized as an astute move to market it as the city’s museum and to connect it to other Black museums in Southeast Louisiana.

“She was one of the standout matriarchs of Baton Rouge,”

said Mayor-President Sharon Weston Broome, who knew and worked with Roberts-Joseph for 30 years. “We will make her legacy a priority because of what she gave to so many here.”

Roberts-Joseph was also the founder of the nonprofit organization Community Against Drugs and Violence, and she organized the state’s recognition of Juneteenth in Baton Rouge.

Roberts-Joseph grew up in Woodville, Mississippi. Her family later moved to Baton Rouge, where she studied education and speech pathology. She consistently called for unity and togetherness, often explaining how the city and nation needed to heal from the legacy of slavery. “What my mother wanted in life came to fruition — ironically — in death,” said Angela R. Machen, Ph.D., “and that was inclusiveness, togetherness and diversity.”

Machen challenged the community to keep her mother’s legacy by living “a better life. Give a little more effort to make the whole better.” She said her mother was committed to community service and excellence, “Whatever you believe in, work hard in it. Give your dead-level best.”

The family has created The Sadie Roberts-Joseph Memorial Fund at Hancock Whitney Bank and is hoping to raise funds that will go toward museum operations.

“Our love for Sadie Roberts-Joseph will continue."

"We will demonstrate it in very tangible ways,” said Broome. For starts, the Mayor’s Youth Workforce Experience participants, led by The Walls Project and Build Baton Rouge, will paint a mural of the revered activist at 2065 Plank Road — the corner of Plank Road and Pawnee Street, in North Baton Rouge.