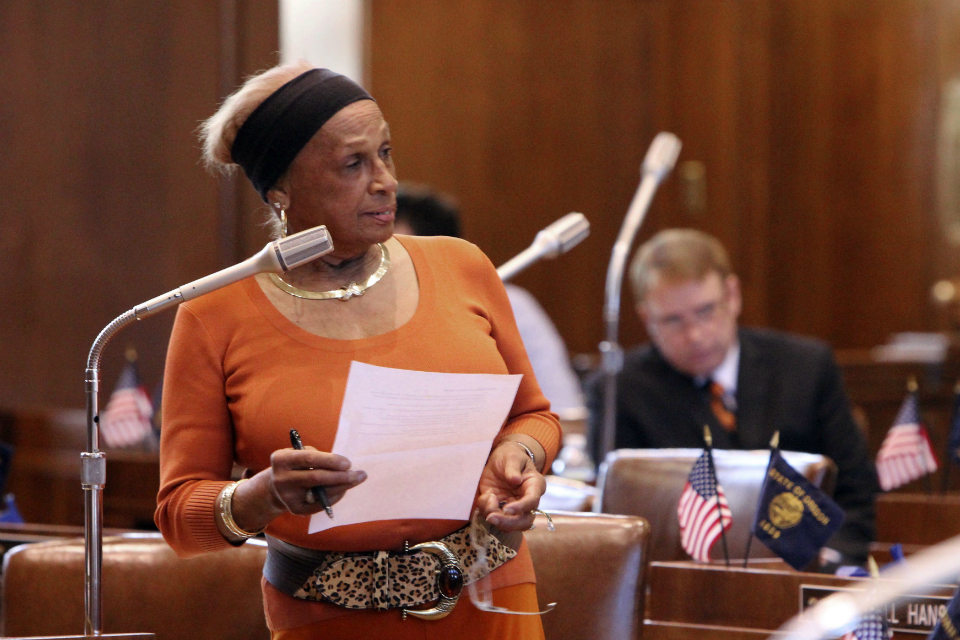 By SARAH ZIMMERMAN and ANDREW SELSKY Associated Press
Published: 29 May 2019

House Speaker Tina Kotek made the announcement on the floor of the House of Representatives, and called for a minute of silence. One lawmaker who had been presenting a bill was overcome with emotion. Rep. Mark Meek, D-Oregon City, stood up and sang "Amazing Grace." 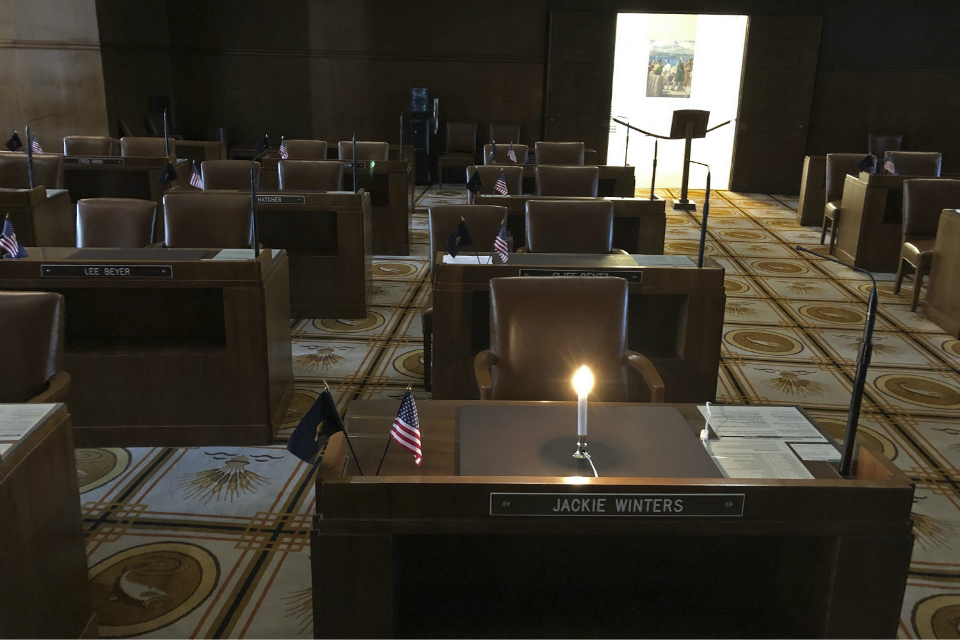 An electric candle lights up the desk of Oregon state Sen. Jackie Winters on Wednesday, May 29, 2019, in Salem, Ore., the day that the pioneering lawmaker died after a battle with lung cancer. Winters, the first African-American Republican elected to the Legislature, died on Wednesday. She was 82. House Speaker Tina Kotek made the announcement on the floor of the House of Representatives, and called for a minute of silence. (AP Photo/Andrew Selsky)House Republican Leader Carl Wilson of Grants Pass said Winters was "a true pioneer, stateswoman and valiant leader" and noted she became the first African-American Republican elected to the Oregon House in 1998, and was elected to the Senate in 2002.

She was most recently re-elected in 2018 to represent the Salem area, but had been ill with lung cancer and had been absent from the Legislature for weeks.

On May 22, a week before her death, Winters was optimistic of recovery.

"I am working hard to return to the Capitol and am continuing to stay engaged," she said in a statement. "I am thankful to everyone for the well-wishes and prayers through this process."

She was remembered for strongly backing a sweeping juvenile justice reform package that narrowly passed out of the Legislature just last week. Among other things, the bill ensures young offenders aren't automatically sentenced to life without parole and establishes pathways for early release and rehabilitation. It also changes sentencing provisions for juveniles 15 years and older convicted of serious crimes like rape and murder, easing some of the "tough on crime" rules voters approved during the 1990s.

On Friday, in one of her last messages to the public, Winters thanked fellow lawmakers for passing the bill that offers youthful offenders "hope and a chance for redemption."

Justice reform has been my passion for many years, and I am so pleased that we got this bill across the finish line

"Justice reform has been my passion for many years, and I am so pleased that we got this bill across the finish line," Winters said.

An old campaign web site of hers said she was born in the Dust Bowl of Depression-era Kansas and moved to Portland when her father came west for shipyard work during World War II. It said one of her most cherished keepsakes was a 1891 receipt from Topeka, Kansas, for the two days her grandfather worked digging streets to pay his poll tax so he could vote.

She became class president of her high school, and tap-danced around the state as a member of Johnny Johnson's teen entertainment troupe.

In the 1980s, Winters open a restaurant, Jackie's Ribs, in Salem.

The Legislature and Oregon has lost a dedicated servant. We've lost the best of the best.

"I've lost my partner in public service," Courtney, a Salem Democrat, said. "The Legislature and Oregon has lost a dedicated servant. We've lost the best of the best."

Cards and remembrances for Senator Winters’ family should be sent to the Office of Senator Jackie Winters located at 900 Court Street NE, S-301, Salem, OR.