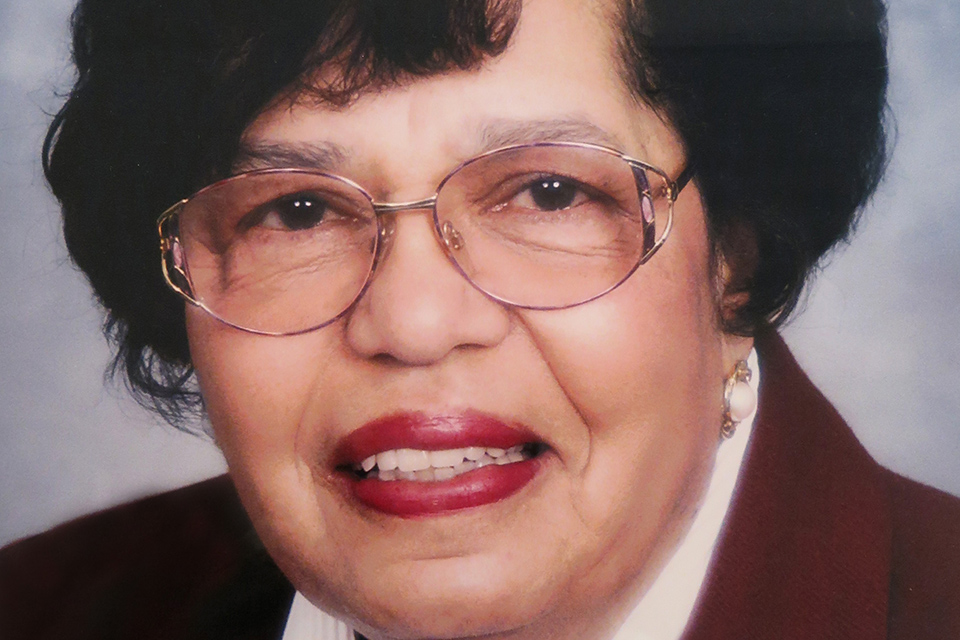 Rosemary Anderson, former executive director of Portland Opportunities Industrial Center, Inc. (POIC) and founder and namesake of Rosemary Anderson High School (RAHS), died March 15, 2019 in Portland. She was 88 years old. She was long associated with serving underrepresented at-risk youth in and around the communities of Portland.

Born November 20, 1930 in Denver, Colorado, Ms. Anderson moved to Portland in 1949 with her husband and children. She was employed by POIC from its inception in 1967, and in 1980, Ms. Anderson was appointed executive director. During her time at the organization’s helm, she launched several non-profit, community-based, independent, skill training centers for adults, and went on to establish alternative middle and high school education for gang-impacted youth. The schools were accredited in 1991, and upon her retirement in 2000, Rosemary Anderson High School was formally named in her honor.

“It is astonishing to realize the impact she had on our most at-risk youth in her career, all while raising her family,” says POIC + RAHS President and CEO Joe McFerrin II. “As her grandson, I’m still amazed at how she pulled that off with such grace. Each and every day, I’m inspired to live up to her legacy.”

Today, Rosemary Anderson High School’s 5 campuses, ranging from the New Columbia area near St. John’s, to Gresham, currently serve over 700 students a year with education, job training, internships, employment opportunities, parental classes, and certifications. RAHS has been recognized as one of the of top alternative high school programs in the state of Oregon.

Through her career, Ms. Anderson was affiliated with NAACP, the Portland chapter of LINKS, Inc., Black Women’s Network, and the National Association for Female Executives, Inc., among others.

Ms. Anderson is survived by her children, William Blakely, Sandra McFerrin, Carol Drayton, Randy Blakely, Nona Patrick, Diane Wilson and Helen Anderson; 15 grandchildren including Mr. McFerrin, and 25 great-grandchildren. She is preceded in death by her son, Orel Pierson, and her husband, Martin U. Anderson (who passed away in 1999).