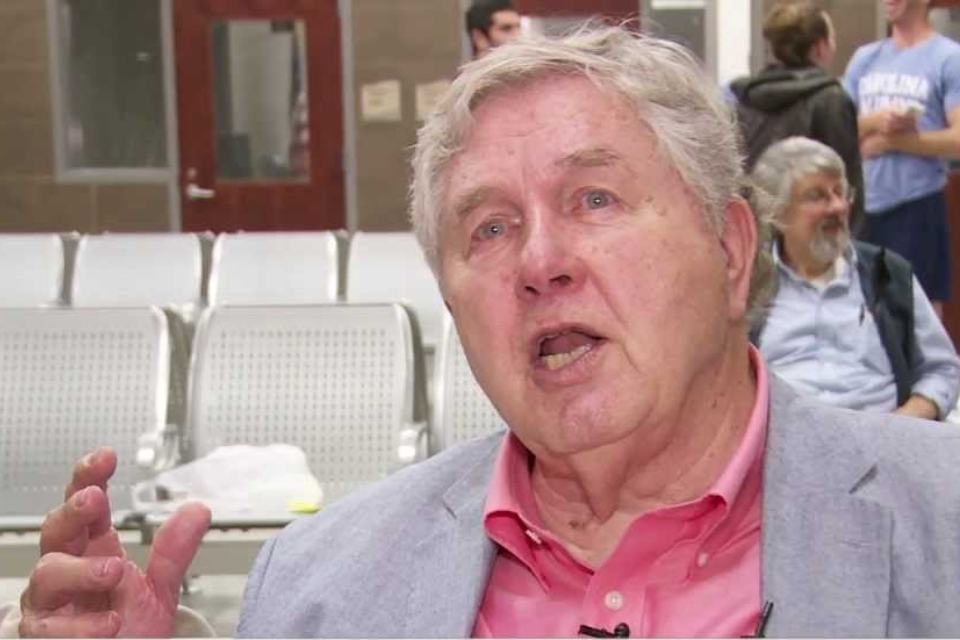 The Rev. Dr. Vernon Tyson “hoped to become a peacemaker,” his son Tim wrote in the 2004 biography, Blood Done Sign My Name.

However, Tim Tyson said, “Daddy wanted the Black freedom struggle to behave itself in a way that would help him reassure white people.”

In other words, Black people who turned radical in reaction to the radicalism of white supremacy during the Civil Rights Movement, “didn’t cater to my daddy’s desires.”

Instead, African Americans had to confront “that hate in the streets,” but also in their own souls, “to create a new Black sense of self.”

On Saturday, Dec. 29, the elder Tyson, a retired United Methodist minister who worked in churches throughout North Carolina, died at his Raleigh home.

“I am saddened by the passing of Rev. Dr. Vernon C. Tyson, whose fight for social justice in North Carolina will be remembered for generations to come,” said North Carolina Democratic Congressman G.K. Butterfield.

“Vernon Tyson was like a father and bishop to me and the Moral Monday movement,” said the Rev. Dr. William Barber, the architect of the Forward Together Moral Monday Movement and president of the North Carolina Chapter of the NAACP. “Often his presence in our midst kept us focused and strong,” Barber said.

“I personally and the NNPA express our sincere condolences to the family of the Rev. Dr. Vernon Tyson. He was a fearless freedom fighter in the pulpits and on the streets of North Carolina,” Chavis said.

The Rev. Tyson’s work on racial reconciliation as a minister in Oxford was central to his son’s memoir, according to the News & Observer in Raleigh.

While the Civil Rights Movement was in full flower in the 1950s, “white backlash” marked much of the 1960s, and by 1970 the nation was still in deep conflict with the ideals of racial equality, the newspaper noted.

“The sugar-coated confections that pass for the popular history of the Civil Rights Movement offer outright lies” about the racism and prejudice embraced by most white Americans.

Back then, a lot of white people hated Black people and made no bones about it.

“Rosa Parks sat down, Martin Luther King stood up, and something shifted in America,” the Rev. Tyson has said, according to the News & Observer.

“I was caught on the front lines of that dilemma. So, it is that the struggles that I went through lots of people went through in my generation,” Rev. Tyson said.

“My story is really the story of people without number.”

Tim Tyson said he and his father often traveled together to talk about the book, and his father was on set for every day of shooting for a 2010 movie.

“My father has put a little bit of ink on every page I’ve ever published,” Tim Tyson told the newspaper on Saturday after his father died.

The Rev. Tyson worked at churches throughout the state, including in Chapel Hill, Sanford, and at Edenton Street United Methodist Church in Raleigh.

“Vernon was a great soul,” said Hope Morgan Ward, a bishop of the United Methodist Church.

“He was both a preacher and a prophet and a pastor,” she said.

“He was brave. He was strong. He was a wonderful husband, father and grandfather. He mentored many clergy, including myself.”

Tim Tyson said his father loved “a very broad range of people,” including those who disagreed with him.