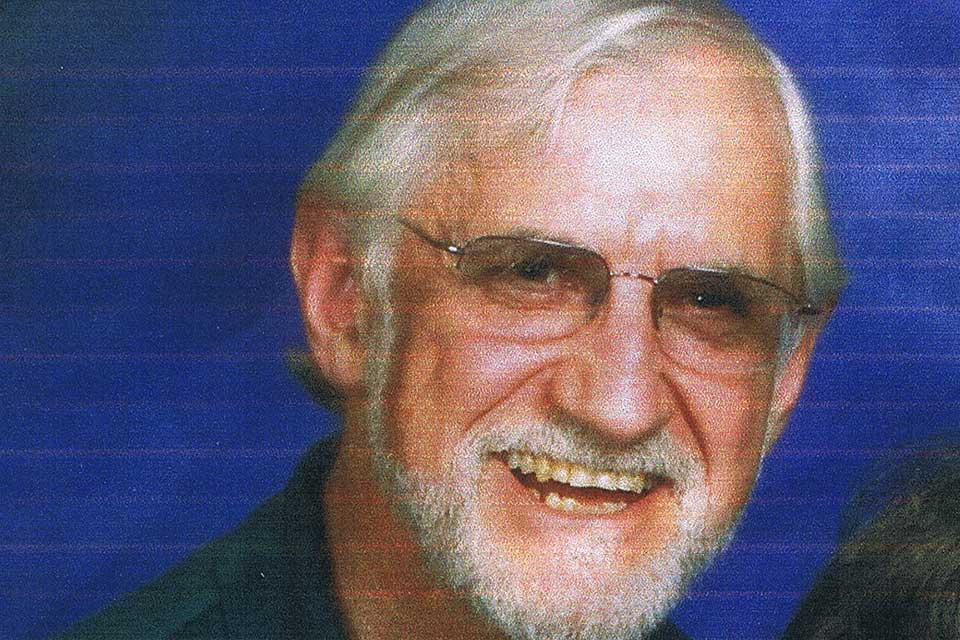 Reg Bradley died peacefully at his home on September 11, 2017 following a 15- month battle with Idiopathic Pulmonary Fibrosis. Reg was born in Portland on Dec. 28, 1941 to Amy (Palmer) and Sydney Bradley.

Reg was Everyman. He was a sinner and a saint; worldly but deeply spiritual; humble but with a well-developed ego. For him all life was grace and he lived it to the fullest whether he was white-water rafting on the Owyhee River, being helicoptered into the Canadian Rockies, or canoeing in the Florida keys. Following 2 years as a missionary with Intervarsity Christian Fellowship, Reg and his former wife, Janet, founded Tears of Joy Puppet Theatre during their years in Hawaii where Reg was a youth pastor at Makiki Christian Fellowship on Oahu.

When they returned to the mainland, TOJ flourished and, for many years, was part of the Portland Center for the Performing Arts. Reg’s daughter, Emily Alexander, is now the Executive Director of TOJ. Later in life, Reg became a member of St. Andrew Catholic Church in northeast Portland. The mission of St. Andrew Church meshed perfectly with his own sense of social justice, Christian activism and advocacy for marginalized people everywhere. Reg was totally at peace with whatever life handed him including the inevitable outcome of IPF. Those who knew him will miss him deeply.

Reg is survived by his wife Trish, his son Jonathan Bradley of Dallas, Texas, his daughter Emily Alexander (Carl Hines), his stepson Chris Ryan and eight grandchildren whom he cherished. A Celebration of Life was held Sept. 29 at St. Andrew Catholic Church in the Community Center at 7 p. m. The church is located at 806 NE Alberta St. in Portland.