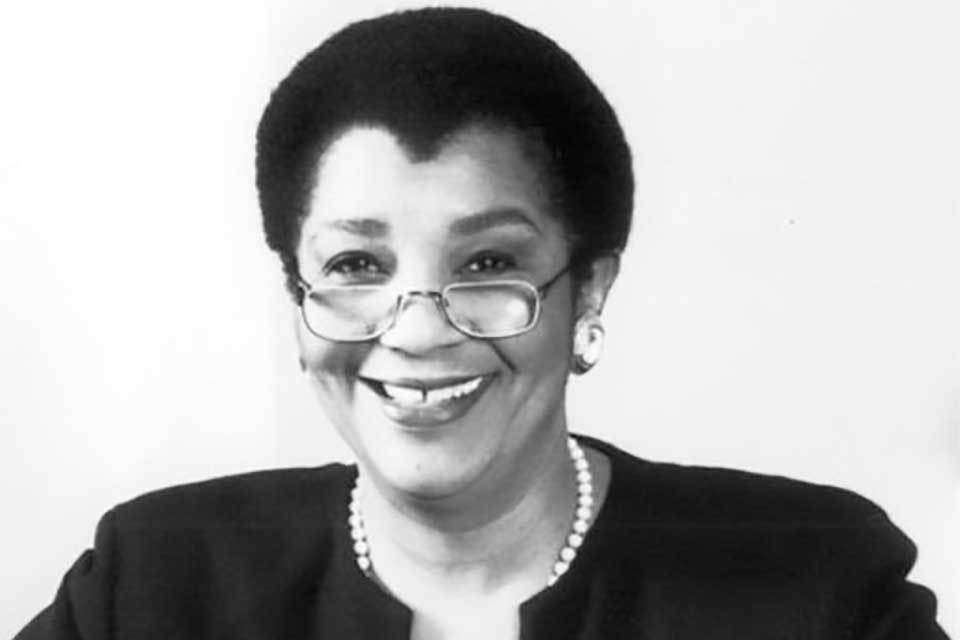 Dr. Ethel Simon-McWilliams was born in Washington, D.C. on May 25, 1939, the second of four children of the late Robert Simon, Sr. and Erma K. Simon.

Educated in the District of Columbia Public School System she graduated third in her Spingarn High School class, received an undergraduate degree from D.C. Teachers College, a master’s degree from George Washington University and a doctoral degree in education from the University of South Carolina.

Her illustrious career took her to classrooms and administrative positions in the D.C. and South Carolina public school systems; Director of the Desegregation Assistance Center in South and North Carolina, the University of South Carolina’s desegregation laboratory, and finally, she retired in June of 2001 as Executive Director and Chief Executive Officer of the Northwest Regional Educational Laboratory in Portland. This position afforded her the opportunity to have long-standing contacts with decision-makers in the Washington bureaucracies. Guided by strong beliefs, clear vision, ambitious goals, objectives and indicators, she led the NWREL into the 21st century with remarkable growth as a regionally and nationally recognized and respected private research and development corporation. In 2001, after retiring, her friends established the Dr. Ethel Simon-McWilliams Scholarship Fund in recognition of the critical changes she inspired throughout her career.

In 1998 she received honors from the Black United Fund of Oregon. In 1994, she received the “National Distinguished Service Award for Outstanding Contributions to the Desegregation of Public Schools”; in 1979 she received a similar award in South Carolina. Some of her accolades include: “Women in History,” The Oregonian newspaper; “Living Legend,” Willamette University; “Abigail Scott Duniway Award” for contributions to the status of women, Women in Communications, Inc. Portland Chapter; “Distinguished Service Award,” Grambling State University and the “Aubrey Watzel Leader in Business and Community Award,” Lewis and Clark College. She appears in the “Who’s Who in the West”, 18th Edition, 1982/83.

Ethel dedicated her life to helping others. She was known for her friendliness, intelligence, confidence, competence, beautiful smile, and her impeccable “fashion sense” and poise. She gave freely and generously of her time and finances to many, and worked hard on behalf of disadvantaged communities. Ethel was a role model and advisor to many. Throughout her life she advised and mentored children and adults. From first graders in Washington, D.C. public schools to corporations and the entire national education scene,

Ethel’s presence and positive work left a definite mark on the lives of many children, schools and communities. It has been written that she left a lasting legacy strengthening education in Portland, where she resided for many years. She was known regionally and nationally as an effective manager, as an advocate who was very influential in ensuring equal opportunity for high quality education for all, and for meaningful community involvement.

Ethel has been a member of over 40 Committees/Boards/Commissions some of which include the St. Vincent Hospital and Medical Center Board (Chairperson, 1983) and Foundation, Oregon Symphony Association, Oregon Public Broadcasting Commission, Linfield College Board of Trustees, The Boys and Girls Aid Society of Oregon (President, 1992-94), the U.S. Commission on Civil Rights, Board of Directors of Blue Cross/Blue Shield of Oregon, Pacific Power and Arthritis Foundation of Oregon Board.
Ethel leaves to cherish her memory her brother, Robert Simon, Jr. (Doris); sister, Patricia S. Frelow, daughter, Lisa S. Jenkins, and son, Cornell “Chris” Jenkins (Wanda).

Service details can be found here.