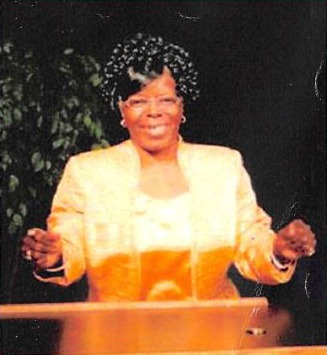 Mary H. Overstreet-Smith was born in Gulfport, Mississippi on November 2, 1937 to John Hart Sr. and Rosena Hart. She lived with her parents in Gulfport until she moved to Oregon in the 1960s. She attended North Gulfport Elementary in 1951 and attended and graduated from North Gulfport High School in 1954.

Pastor Mary gave her life to the lord and was filled with the Precious Holy Ghost at the age of 12 years old under the leadership of Elder McDonald in Gulfport, MS. She was an active member in her church doing whatever work her hands could do in the House of God.

Mary relocated to Portland, Oregon in 1964 after her brother John Hart Jr. Her parents John Hart Sr. and Rosena Hart followed soon after.

Once she and her parents were settled Pastor Mary found a church home. She and family attended and became members of St. Paul C.O.G.I.C. in 1964 under the late Bishop J.C. Foster. She worked under the Usher Board, in Hospitality, as a School Teacher an on the Nursing Board. She would use her hands to do God’s work.

In November of 1965 Overstreet Powerhouse Temple Church was established by Pastor Mary. A few months later she began the “Way of the Cross Radio ministries”. In 1971 the property was purchased at 4525 N. Williams. In 1984 she started television services called “Harvest Time Ministries.”

Pastor Mary fulfilled her call to the Ministry over 40 years ago. Pastor Mary was the founder of Harvest Time for over 27 years and was viewed in more than 12 million homes. In the 1970’s she started a drive giving clothes, socks, and blankets to the homeless. Also in 1977 she founded & operated the only food bank that distributed food in the evenings.

Pastor Mary was an extraordinary woman known to millions as “Pastor Mary” and “Hurricane Mary” for her humanitarian efforts following Hurricane Katrina. Pastor Mary sold her summer home in Arizona to provide homes for Katrina victims from the gulf.

Pastor Mary helped over 40 families by paying for their housing & utilities for 3-4 months. Pastor Mary had another vision and knew that there was a high demand for a FREE Health Clinic in the N/NE area.

In 2006 Pastor Mary met Dr. Jill Ginsberg and after meeting with Dr. Jill, Pastor Mary told her that she wanted to open a FREE Health Clinic for Adults. Pastor Mary spoke these words: “God has predestined on this day we would meet and you would be the doctor that would help me to open up the FREE Clinic.” 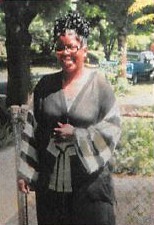 During her illness Pastor Mary never complained but continued to give God all the praise for one more day. There were many days that she felt she couldn’t make it, but she kept her eyes on the mark, because she knew God had a job for her to do.

Pastor Mary was Preceded in death by her mother, Rosena Hart; and son, Michael Forbes.