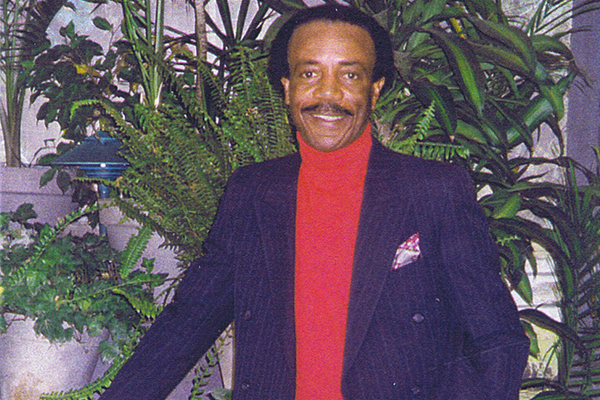 Gene was born in Southern Illinois. After graduating from Douglass High School in Mounds, Illinois, where he was a "star member" of the basketball team, he moved to Chicago and married his high school sweetheart. It was while living in Chicago that he started his professional singing career.

His experience of singing in the Junior Choir of the family church served as a natural induction to working with James Cleveland Gospel Chimes and Mahalia Jackson. His transformation to a jazz singer occurred as he worked with The Ramsey Lewis Trio, Gene Harris and the Three Sounds, The Bobby Bryant Quintet, Quincy Jones' Orchestra, Gerald Wilson's Orchestra, H.B. Barnum, and numerous others.

After moving to Portland, Oregon, he performed on television, in concerts, at intimate nightclubs, on radio, and at jazz festivals. His work with the music department at Portland Community College developed into what is now known as the Mt. Hood Jazz Festival. He was a premier performer with "Art Quake" and the "Cathedral Park" concerts. Gene's musical versatility allowed him to move with ease from sensitive love songs to funky blues to country.

To continue his legacy, Gene leaves his wife of 59 years, Leora Hughes, his two sons, Eugene, Jr. of New York, NY and Brian C. of Portland, OR and his only daughter Beverly F. of Owings Mills, MD. He also leaves two granddaughters, Briana Hemphill, a graduate of Temple University and Nya Hughes, a second year student a Stanford University. Additionally,
celebrating his life is his sister, Geneva Adams, his brother, Robert Earl Hughes, both of Illinois and a host of cousins, nieces, and nephews. The family asks anyone who wishes to honor Gene's life to make a donation to ''First Tee."