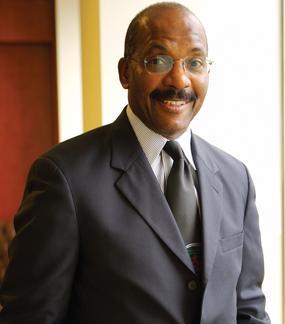 Herman McKinney, civil rights activist and a community leader in Seattle died April 11, aged 75. Born in Oklahoma, as a child McKinney arrived to Portland, Ore., during WWII. His family was one of thousands of Black families who headed North to work in the Kaiser shipyards.

He went on to work for University of Washington as an assistant dean, where he was responsible for increasing the number of students of color at the university.

McKinney was a lifelong advocate for diversity and equity in education, hiring and zipcode equity.

In 1976, with Ernie Dunston, Paul Mitchell and other community supporters, McKinney co-founded The Breakfast Group dedicated to “mentoring and addressing the challenges of at-risk youth of color focusing on black males.”

Focusing on Black youth at-risk of dropping out of school, The Breakfast Group works to help expand educational opportunity and career success, through sustained mentoring and support. McKinney served on its board until his death.

McKinney was as comfortable leading street protests  as he was leading job initiatives and chairing business meetings.  He was one of the leaders of a 1993 protest against lack of investment in minority and poor neighborhoods.

Soon after he was hired by the Seattle Metropolitan Chamber of Commerce as director of the newly- created Urban Enterprise Center, a position he held for the next 13 years.

In that role, McKinney developed partnerships with business and government agencies that created thousands of jobs in low-income communities across the city. The Bill and Melinda Gates Foundation supported the Urban Enterprise Center with a multi-year grant.

"Addressing economic development and establishing better race relations are some of the most critical issues for Seattle in the 21st century," McKinney said receiving the grant. "This gift from the Bill and Melinda Gates Foundation will allow the UEC to continue to focus on the depth needed to bring opportunities to the Central Area, as well as raise the level of racial understanding throughout the entire community."

McKinney was a member of the Alpha Phi Alpha Fraternity, Inc. Fraternity members are encouraged to attend the ceremony, arriving at 10:15 a.m. if possible.

Herman McKinney is survived by his wife, Norma McKinney; his daughter, Kristal McKinney-Varnado; and his sons Kevin McKinney and Kent McKinney.