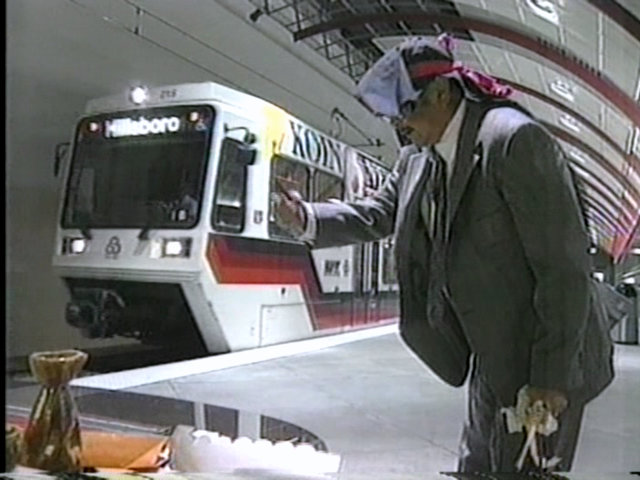 By Renault Catalani Special To The Skanner News

We are like generations and generations of woodland animals, I suppose. A generous canopy of lush treetops has always sheltered us from our suriya sun, from monsoon raindrops as rhythmic and irresistible as Mohamed Ali’s fists. Shadows deep as sleep have always kept us safe from hungry harimau tiger, prowling for you and me, by name.

We have grown used to the cover of careful giants. Broad-shouldered, huge-hearted elders who protected and schooled us with an understanding earned in places and under pressures very different from the afternoon shade you and me have grown used to. Elders who whispered oaths about never exposing their children’s children to the despair they survived again and again.

Ugly colonialism and brutal local regimes, our caretakers outlived. They endured modern warring -- those long years of mass psychosis when every imaginable technology is determinedly mass-manufactured then rushed across deep seas to splinter every last place an enemy’s kids study, their parents work, their grandmas and grandpas make households.

“Hard times make strong hearts,” our aunties used to tell and tell and tell us – toughening us up, down in our toast suburbs. “You can’t really trust people who’ve never suffered,” our uncles always said, glancing sideways at earnest American presidents, at smart congresswomen and confident congressmen, on TV news.

And now, these grand elders are departing. Their lives have worn thin their bones. Their minds stray from you and me. God calls them, by name.

The Honorable Sualee Cha left us, the morning after Christmas Day. He departed during those most serene of moments between this mysterious world’s night shift and yet another blessed workday. Great Grandpa’s big Hmong family was near.

For days and nights ahead of his passing, four generations of Great Grandpa Soulee’s family rubbed his highlander’s sturdy calves and sure feet; massaged his guerilla fighter’s knotted shoulders and arms; each tenderly kissed gratitude and whispered regrets onto Grandpa’s furrowed brow, smoothing the etched sorrows and joys of his beloved Laos Kingdom turned so suddenly into a furious kill zone, smoothing the strain of stewarding his people’s safety in Thai frontier refugee camps, erasing all evidence of his resettlement and reconciliation work in Hmong communities from sodden St. Johns to several Midwest and West Coast cities by America’s economy.

Grandpa Sualee Cha did so much. And so well. Let me set out only three times I worked with him, with Portland Hmong elders and activists. Let me tell you what it meant, and what it still means to us. To America.

Some years ago, there was one very bad Hmong shaman who -- like those Catholic priests likewise believing they were above rebuke  -- felt licensed to use his community’s trust for his personal gratification. He hurt many girls. One day after school, he did it to a child of Grandpa’s family. She was too afraid of that priest and his power, to testify in criminal court. Her family knew they would suffer violent consequences in their lawless Fresno neighborhood. We left Portland, packed tight into a red Toyota 4-Runner, right after several local Hmong activists’ day-job. We drove all night.

We went straight to the prosecuting district attorney and promised to deliver every frightened witness necessary for a conviction, if and only if she and her city’s patrol officers personally promised to protect our teen and her extended family from that corrupt shaman’s angry relatives, and all those barrio gangsters eager to have their business. Predators.

No one ever dealt that directly with Fresno law enforcement. No one expected any good from the cops. Until then, there was an awful history, in immigrant and refugee communities up and down I-5, of careless cops getting their bust, of earnest prosecutors getting their conviction, then government abandoning those who made it all possible. Hit and run policing.

The Honorable Sualee Cha also promised that deputy DA that he would refute the  defendant’s expert witness, an Anglo university professor prepared to testify that this so-called “sacred sex” is a culturally-acceptable shamanic practice. Grandpa’s sure-footedness put that frightened family at ease. It set this inadequate system of justice, on-track. That child abuser got 17 years. He did not survive prison.

Grandpa played his part 100 times in Portland Chief Tom Potter-style community policing. Civic activists and savvy cops, policing together. Grandpa would restore peace without government, when possible. We partnered with mainstream’s muscle when we agreed on sharing burdens and benefits. He expected our very best.

Grandpa Sualee Cha brought out the tip-top drawer best of everyone. Occasionally, when his expectations were not enough, as is often happens in the awfully asymmetrical power dynamic between our mainstream and our many ethnic minority streams  – we called in media. Like traditional Hmong elders gathering everyone to make important communal decisions, urban American democracy operates best in the open, or under bright camera light. Media is an important third rail.

When TriMet opened Westside MAX, everyone was excited. Fast rail would make it much simpler for our eastside immigrant moms to get to their SiliconForest assembly lines. No more 2-hour carpooling of kids to schools and dads to their jobs.  And it all would’ve been another example of brilliant Western urban engineering, had those light rails not been so confidently laid under a Sunset Hills cemetery. Or had they drilled that deep tunnel in consultation with another kind of civil engineering. Every major religious tradition reveres sacred ground. Everywhere.

Four hundred feet under WashingtonPark, Grandpa Soulee made peace with the disturbed spirits of this grand continent and with those of the deceased buried above. The City of Portland’s ombudsman stood near Grandpa. Edgy transportation officials and transit police did too. Oregon Public Radio’s mic’s little green lights were on, cameras for WNET New York’s Religion & Ethics stood behind everyone.  Clerics of other religious traditions followed in the following weeks. It all made The Oregonian front page, AsianReporter and New York Times Sunday Magazine. Grandpa demonstrated in deeds, not in talk, how we participate, tough and tender, in democracy.

Another example of Grandpa’s work, one Portlanders still talk about, was an urgent neighborhood reconciliation after a Hmong kid’s very bad behavior. Producers of Imaging America came to town to film, a segment titled “Hmong American Justice.”

Portland’s Police Bureau backed up Grandpa’s community. It was all in support of the kid’s defense against deportation back to the Laos Democratic People’s Republic – the ethnocidal  regime sending the Hmong running for the Thai border. It was why Hmong ended up in bluesy St. Johns.  Imaging America makes no mention of the emotional negotiations between our Hmong and African American church elders. The deals or the peace they made. The peace that makes neighborliness possible in parts of town not well cared-for by our mainstream institutions.

So what now, now that Grandpa’s big-hearted and broad-shouldered generation is leaving us?  How will we make mainstream their muscular work?  When will we better share the daily burdens with our mainstream, and better share the enormous cultural and spiritual benefits of our several ethnic streams?

Simply assessing our staid institutions’ inability to leave their racialized ruts is less, much less, than our careful and committed elders require from us. Never mind, not for a moment, whether or not Portland’s or Oregon’s or even America’s leaders have endured terrible times, and earned real trust – because Grandpa Sualee Cha’s generation has already paid plenty, well in advance.

Our elders paid up, so that you and me can get down to business. The business of building a better neighborhood, a bigger Us.  As that generation’s giant shadow recedes -- rather than run – let’s lead.

Note: During the 1962-1975 Laos Secret War, the US dropped more explosive tonnage on the little LaosKingdom than the aggregate of all aerial bombardment in human history, causing unprecedented destruction of both the natural and built environments. US military and CIA command made a sacred brothers-in-arms promise to remain ferociously loyal Hmong SGU (Special Guerilla Unit) fighters, to defeat Communist Viet and Laos armies, together. The Hmong kept theirs, down to their last teenaged boys. When the US did not, the Hmong ethnocide was on.