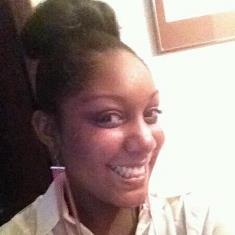 Alexandria Jessie Martin passed away on Monday May 20th, 2013 in Lithia Springs, Georgia, from complications of Lupus. She was born on Saturday January 26th, 1991 to Dayle Martin and Joseph Almond Jr in Portland, Oregon.

Alexandria grew up in Portland. Alexandria was lovingly known as Allie, Alex, A.J. She attended Humboldt Elementary from Pre-K to 5th grade, Harriet Tubman Middle School, and graduated from Jefferson High School in 2009. Alexandria was a cheerleader and served as the varsity captain for three years at Jefferson. Alex was a part of the S.E.I family since second grade. She participated in several programs, including T.A.G and Minds Matter. She continued her education at St. Johns University for two years, majoring in Criminal Justice. Alex moved to Dothan, Alabama in December 2011 to live with her brother and two sisters. In Dothan, she attended Wallace Community College. She and her sister Le'Anne ventured to Lithia Springs where she worked at Red Lobster as a hostess and waitress.

Humor and making jokes were second nature to Allie, along with her smart comments. We could always depend on her to speak her mind. Like her mom, Allie loved music; singing and dancing. Cooking, drawing, fashion design and traveling were just some of her hobbies. Ambitious, adventurous, and intuitive would describe her to a "T". A.J was our DIVA! Making others happy made her happy. A.J had a very close bond with her nieces, whom she talked about with much pride daily. She taught them both how to play the piano. She also had an unbreakable bond with her two best friends from elementary school, Kia and Brittnie. For 18 years these three musketeers did everything together.