Courtesy of the Walker Family and Cinna\'Mon Williams
Published: 30 May 2013 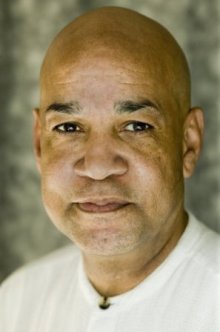 Jerry Walker was a strong supporter of inclusion and equity.  Jerry was a champion for diversity, inclusion, and equity and worked tirelessly in our local government and business community to ensure fair and equitable treatment for MWESB businesses.  In his long career in Portland, Jerry held positions at Multnomah County, the Port of Portland, Oregon Health and Science University, and Home Forward (the new name for the Housing Authority of Portland). Jerry had a passion for workforce equity and was instrumental in building positive working relationships in that arena toward the end of his time at Home Forward.  Jerry retired as the Assistant Director of Equity at Home Forward in October of 2012.  He was offered and accepted a management position at the City of Austin and relocated last fall.

In addition, he volunteered at a wide variety of organizations and made it his personal mission to mentor young professionals of equity and governmental procurement.  He spoke at high schools, local and national conferences, and was always available to assist with local and national projects in hopes of creating opportunities for others.  In everything he did, he left things better than he found them.

Jerry received numerous honors in his professional career.  Over the years, he was recognized by the Business Diversity Institute (Lifetime Achievement Award), American Contract Compliance Association, and The Skanner (Drum Major for Justice), as well as a number of national and local organizations.  He held countless executive board and committee positions in Portland and across the Country.

Jerry was an exceptional man, good friend, supportive role model (to many), and tireless community activist. He will be missed.

The family is holding a private ceremony in Texas City, Texas.  Jerry was a strong supporter of Cascade Aids Project.  Interested parties can make donations to this organization on his behalf.