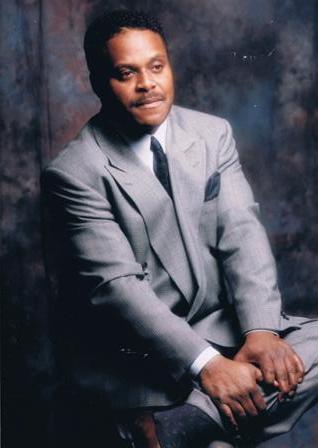 Washington led the newspaper, the oldest African-American publication in the state, since 1995 when he took over the company from his mother, Joyce Washington.

He joined the Portland Observer in 1990 as public relations director and assistant editor after a 15 year entrepreneurial stint in small business ownership and property management.

He developed a new marketing strategy, restructured operations, and was instrumental in propelling the paper into the mainstream publication and influential community voice that it is today.

Bernie Foster, publisher of the Observer's rival newspaper The Skanner News, said this week that Washington's legacy as a Black publisher and member of the National Newspaper Publishers Association is an important part of the city's history.

"Some people think because we were in competition that we didn't get along -- but we did," Foster said. "We used to get together and talk about the business.

"Chuck Washington was a good publisher. They were always at the City Council covering the development issues that affect us out here in Northeast Portland. They covered stories that nobody else did.

"Chuck's death will leave a big hole in Portland, but I know that his family and staff will carry on and keep publishing because they are professionals and are dedicated to the community.

"He will truly be missed."

Washington was a strong advocate for local schools and improving the economic base of Portland's minority communities.

Last month, when the Portland Observer Foundation sponsored a community banquet to award scholarships for young people and recognize leaders from the community who are advocates for disadvantaged and minority communities, the event showcased the publication's mission.

Washington's goal as publisher was to create a media outlet that was dedicated to diversity, the African-American community, but also the Latino, immigrant and newly gentrified communities. As Portland grew in diversity, the Portland Observer grew.

With the help of his brothers and wife, Elizabeth, Washington worked hard to ensure that his mother's legacy as a tireless advocate for the community continued.

He established in 1996 the Joyce Washington Memorial Scholarship Fund for graduating high school seniors and community college students interested in pursuing careers in journalism and/or community service. The newspaper foundation expanded on those scholarship opportunities.

Washington was a Portland native who loved his neighborhood roots.

Active in community athletic programs and other social service organizations from a very early age, he chose to remain in Portland for his post-secondary education.  He pursued studies in marketing, communications, and political science at Mt Hood Community College, Portland Community College, and finally Portland State University.

He was a volunteer coach for community basketball and baseball programs for 25 years, from Little League to Portland summer college baseball.

He was a long time sponsor of Self Enhancement, Inc., a nationally recognized non-profit organization for children at risk, and an annual supporter of the Portland Golf Youth Association.

He was a beloved mentor to his children, extended family members and other young people from the community.

He felt his truly greatest achievements and blessings in life were through his family. Some of his proudest moments were watching his children graduate from school with advanced degrees in their respective callings: law, medicine, education and eco-science. Delighting in the arrival of each new grandchild, he felt his life had come full circle.

He is survived by his loving wife Beth; son Rakeem and wife Molly; daughter Chaka and fiancé Matt; daughter Serena and husband Logan; son Omar and wife Makaela; grandchildren Emmanuelle, Jaheim, Nyla, and Marcellus; father Duane; brothers Ronald, Tony, Gary, and Mark; sisters Audrey and Denise; and a host of nieces, nephews, cousins, and lifelong friends that were very close to his heart.

He will be truly missed.