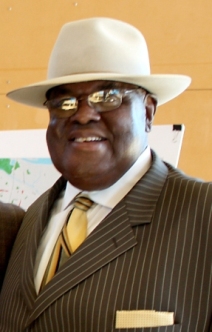 Portland businessman, youth advocate and public servant Harold Williams Sr. passed away July 1, after suffering a stroke last week. He was 69. A towering figure on the Portland landscape for more than 50 years, Williams many achievements include serving as Oregon's first Affirmative Action Director, reporting to Gov. Bob Straub.
A celebration of his life will be held 11 a.m. Thursday, July 12, at Portland Community College's Cascade campus, 705 N. Killingsworth St. in the gym. The public is invited to share their recollections and stories. See PCC Remembrance here
A Portland Community College board member since 1990, Williams was a lifelong champion of education. Representing Zone 2, which includes Cascade campus, Williams helped steer the college through a period of unprecedented expansion. The growth of the college brought new educational and training opportunities to North and Northeast Portland.

In 2010, his work for the college was recognized with the Pacific Region Trustee Leadership Award.
"This is a sad time for us all," said PCC District President Preston Pulliams.
"In the community, Harold was known for his eloquence and was sought after to speak at conferences and other occasions. Many people know about Portland Community College because of a presentation that Harold has given, and many have been moved to donate, volunteer, or enroll in the college because of his outreach. We have lost a man widely regarded as a pioneer, advocate and mentor for our communities."

Born March 18, 1943 in Texarkana, Texas, Williams came to Portland at the age of 16 to live with his grandmother. Family was at the heart of everything he did. He understood the value of a good education from personal experience. A political science major, he earned his bachelor's degree at Portland State University. After that he traveled to Zagreb, capital of the former Yugoslavia, where he received a certificate in International Relations. He went on to obtain his master's degree in general studies, also from Portland State University. From 1969-1973, he worked at Portland State University as director of the Educational Center.
As his career progressed, he gained expertise in workforce and labor issues, partly through his work for the State of Oregon, as Labor Relations Manager from 1979-1984.

In 1975, Gov. Bob Straub appointed him to serve as his Director of Affirmative Action. In that role, he was a key player in promoting civil rights for minorities, women, and disabled persons.
Those who knew Williams well knew him as a "doer," said The Skanner News Publisher, Bernie Foster.
He mentored many leaders, including former State of Oregon Treasurer Jim Hill. 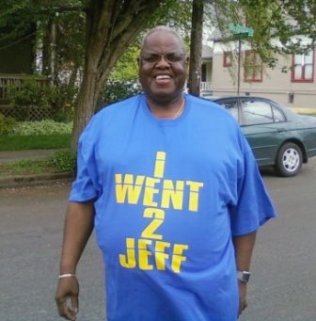 Foster says Williams was something of an MC before the idea was coined.
"Some people called him a poet," Foster said. "You could give him a sentence and he would just start making poetry. He could do that with anything. And it all rhymed."
Williams and Foster were both part of a 15-person delegation to Ghana in 2000. The fact-finding mission, sponsored by the Ghanaian government aimed to support business and education ties between the United States and Ghana.

Williams founded a consulting business, CH2A & Associates, Inc., which has contracted with Oregon Youth authority to develop education programs. He also consulted on labor relations, workforce diversity and contract negotiation. His partner at CH2A & Associates Inc. was his son, Harold Williams Two.
He was a force in local, state and national political leadership for many years. As a candidate for the state legislature, he walked door to door in his campaign to raise awareness of the issues facing the African American community in Portland. If he had been successful, he would have been only the second African American elected to the Oregon Legislature at the time. During Oregon Legislative sessions, Williams testified on bills of significance to community colleges.


Williams' long record of volunteer service covered many organizations. He was a member of the Black Leadership Conference and the Urban League. He was a past chair for the Coalition of Black Men. He served on the boards of the Oregon Community College Association, and St Mary's School for Boys, to name just two. He also served as board chair for Success Academy, an innovative program that brought spiritual and cultural leaders to meet with PCC students who had been involved with the juvenile justice system.
Williams favorite quote echoed this work: "To give without remembering; to receive without forgetting." 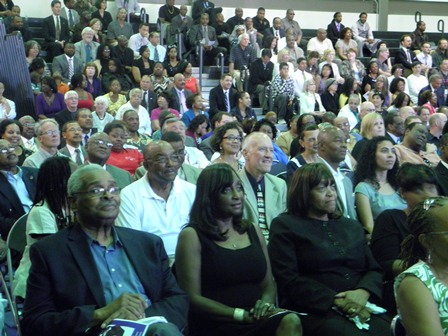 Williams received numerous awards for his leadership and volunteer service. As early as 1973, the Portland Jaycees named him "Man of the Year," and in 1974 Jet Magazine recognized him for "Outstanding Achievement in Human Services."
In recent years his awards have included: the PGE/TACS Community Treasure Award in 1998, the Oregon Assembly for Black Affairs Award in 1996, and the above mentioned PCC leadership award in 2010.
Williams was a very strong supporter of Cascade Campus, says Algie Gatewood, Cascade campus president. 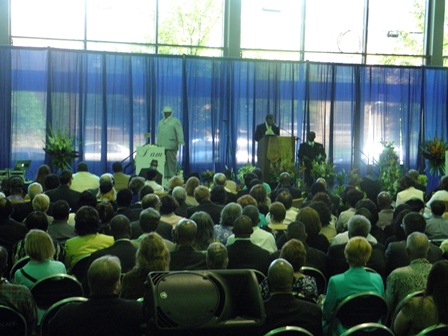 "He advocated continuously for his district.  The beautiful Cascade Campus that we now enjoy, and its booming enrollment of 23,000 students annually, is a testament to his leadership.  On a personal note, I will sincerely miss our many conversations about how to make Portland a better place, and his candid way in doing so.  There was never any doubt about his position on issues.  Mr. Williams was very much like family to my wife and me here in Portland and there will certainly be a void in my life without him."