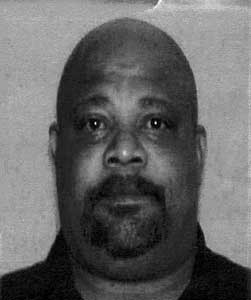 Clarence Bethune, community organizer and friend to many, passed away last week from a stroke.

Bethune is remembered for many years of volunteering at the Portland Rescue Mission on East Burnside Street, as well as at North Portland high schools including Jefferson, where he was a big supporter of youth baseball.

Bethune was also an ordained minister at New Hope.

A former bank loan officer, Bethune served on the Albina Community Bank and the African American Alliance for Homeownership boards of directors.

The Skanner Publisher Bernie Foster described him as "a tremendous human being that loved kids," and added that over the past year Bethune focused especially on local youth sports. "He spent a lot of time at Jeff," Foster said.

"Clarence's deal was to get these kids -- Jefferson high school 8th and 9th graders -- in the Major Leagues," Foster said. "Whether or not he was ever successful, I don't know."

Foster says Bethune was the man behind the scene for many local families of color who were able to achieve their dream of buying a home – working out their finances, counseling people about credit, taxes and saving for a down payment.

"He was committed to service, trying to get people into good homes -- he will be truly missed," Foster said.