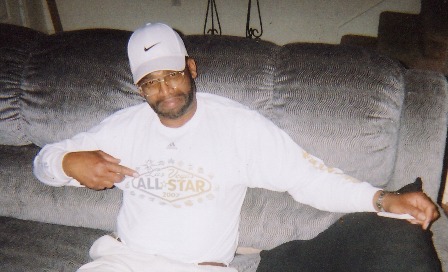 Services are at 10 am on Saturday, March 17 at New Song Community Church; burial will follow at River View Cemetery in Portland.

Winfred received his education in Portland. He attended Highland Elementary school (now known as King Elementary) and graduated from Jefferson High school in 1971 where he played Basketball. He was proud to claim the title of Demo, The Mighty Champions. He attended the University of Oregon and Portland State University.

Winfred was brought up in the church under his father Reverend R. L. Menefee. He was an active and faithful member and attended his father's church Gethsemane Church of God In Christ.  He accepted Christ in his 20's and he was devoted to his faith and love for Christ throughout his lifetime.  In 1987 he answered the call to the ministry and became an ordained Minister.  Winfred was devoted to his father and stood and worked by his father's side doing everything he could to support the ministry.  In 1991 he was appointed Pastor of Gethsemane COGIC now known as Gethsemane Garden Tabernacle Inc.  Since then he put everything into his church trying to fulfill the big shoes of his father.  Pastor Menefee put his blood, sweat, and tears into the church it was everything to him.  He stayed in the church whether he was preaching, praying or praising God, working on it, or just listening or playing music in it. He created many programs that he wanted to implement, that would provide a safe haven for the community.  He selflessly worked diligently and steadfast to keep the church and fulfill the wishes of his father, and using it to the glory and honor of the Lord was his only mission.   No matter what, Pastor Menefee persevered through it all until his last days.

Winfred loved his family; he enjoyed spending time with his children as much as he could. Taking them to watch or play Basketball, fishing, family picnics or trips.  No matter what, church and his faith was the center of it all. The children would complain and say "we always have to go to chuch, chuch, chuch".  He did his best to support each of their ambitions.  In his own way, it was always apparent that he loved and was very proud of his children.

Pastor Menefee had many passions.  He loved the game of basketball, he loved to play it, watch it and coach it. He would take his sons and nephews to the gym every Saturday working with them on the fundamentals of the game. He loved the competition, always playing one-on one with the young high school players using his deadly jump shot.  He loved going on fishing trips with his family and friends and many times alone to enjoy the solitude and peace it brought him. Snake River was one of his favorite places.  He kept a freezer full of crappies, sturgeon and catfish which he always shared with his family and friends.

Throughout his life he worked at the Shipyard, Millers Paint and Freightliner. Winfred was very industrious and mechanically inclined always working with his hands. He enjoyed working on his old Jaguar or breaking something down and putting it back together. He was very artistic, creating many works of art, such as paintings, frames or woodwork art.  Construction was his specialty. In 2007 he started his own business, Menefee & Menefee Construction with his son Montrail, rehabilitating homes and businesses.

Pastor Menefee, appearing quiet and reserved had a love and passion for people, building relationships with everyone he met. He took the time to sit and chat or stop by just to see how you were doing.  He would always take the time to say hello and would always do it with a big smile. He touched many lives in his own special way, always sharing his faith with whomever he encountered, his spirit was uplifting to everyone he touched. Pastor Menefee had his own style from the different hats he wore, to his different cowboy boots.  He did it his way.

He was proceeded in death by his parents and two brothers, Charles Lee and Charles Menefee.

Funeral arrangements are being handled by Terry' Family Funeral Home.